When we start a Buddhist practice it’s really important that once we start, we keep going, and keep going, so that the opportunity for that faith, we discussed in the previous article, to develop can arise.

Master Hakuin said that it was rather like rubbing two sticks together to make fire. If you thought, as soon as you saw the first little wisp of smoke come up, that you’d made fire and stopped, the fire would go out. So you keep going and keep going, but if you stopped as soon as you saw a spark, it would go out again. No, you have to keep rubbing despite the smoke and the sparks. Only when the tinder finally ignites and starts being a self-producing fire can you stop rubbing. Then it has its own momentum, and then it’s possible to stop.

So it is with us too. Do not be too quick in judgements. A certain amount of faith has to be there at the beginning. This is why, in the Noble Eightfold Path, wisdom comes at the beginning, as it’s made up of clear seeing and right intention. If those two factors aren’t a little bit there, if a certain amount of wisdom isn’t there, the practice won’t work because I will give up. It will feel too insubstantial to keep going. It’s not easy, because, as has already been said, when we talk about mindfulness and so forth we begin to encounter some unpleasant things about ourselves, particularly when we start working with the passions. But not only does it reveal things that I don’t like, or things that I’m frightened of, but it also contains insights, and if we continue working with them then those insights become clear.

Here is an old anecdote from my own experience. I’ve always been somewhat overweight, and every so often I get the urge to do something about it. Many years ago, I remember that the gym close to the place I was working came and did a special marketing campaign and gave us a cheap membership rate. I thought, “this has to be an omen from the gods”, so I joined. It was one of these health club chains, and this was the 90’s when it was all quite new. I had been to gyms before, but they were more like leisure centres, with team sports and swimming pools. This was a different kind of place altogether, and it was a completely new experience for me. It happened to be in the Barbican so it was on the edge of the City of London. I remember seeing people rush in, put down their Filofax, get changed, do 20 minutes on the running machine, shower, and go back into the office. It was a very solitary kind of exercise. There wasn’t anybody there doing any team sports or anything. Also these people were really driven. They were really serious about this and they spent a fortune on their gym wear as well. I remember turning up in a pair of old shorts that I’d found in the bottom of a drawer, an old Led Zeppelin t-shirt and a pair of plimsoles that were covered in paint, and there were these people wearing Lycra and Spandex. To begin with I sort of sneered at it because if you envy something and you feel it’s unattainable you can always look down on it. But then there was this voice inside me that said: “Maybe if I work really hard, I could wear Lycra too.”  Then I would immediately dismiss it and think: “Forget it. Just come in and go about your business.” But clearly a little seed had sprouted there.

So that was one thing. Around this time in the 90’s news was coming out of Afghanistan -  which had been very closed off until that point -  about the Taliban regime and all the brutal things that were going on. I remember reading an article in the newspaper about this. I read an account of a trial where a man had been found guilty of murder. He was taken out of the courtroom, held down on the road, and the mother of the victim came up with a carving knife and cut off his head. The article described it in vivid detail and it really hit me. There are interesting things that come up when something affects the heart – rather like the young monk with the dream about the merchant’s daughter. When the heart reacts in some way, it’s more than just the circumstances. One’s own heart has suddenly become very involved, and we know that this is something we need to pay attention to. After all, we hear terrible things all the time.  We’ve all seen horrible things on TV. And most of the time we watch it and think “Oh, that’s terrible”  and then we go and help ourselves to a slice of cheesecake and carry on with life. In other words, it goes away and is forgotten. But sometimes, something really hits us and doesn’t go away. In fact we become fixated on it and it becomes obsessive. That is what happened with this situation. I could imagine the scene vividly, the whole gruesome image just stood out by itself. I didn’t try to conjure it up. And the feeling in my gut was horrific: it made my skin crawl. And there was another image that kept coming up as well. It was of a butcher standing in his shop with his marble slab in front of him and a thick, raw beefsteak on it. He was holding the same kitchen knife that the woman had used, and was cutting the beefsteak in half -  blood going everywhere. This image was also vivid in my mind. You know how it is when something appalls you like that.  During any free moment - whenever I happened to think “ah, what a lovely day” - suddenly the whole thing would come up into my mind. I couldn’t get rid of it! I tried to distract myself and maybe I would forget it for a bit, but the next time I sat down and stared out of the window suddenly the whole thing would come up again. It was rather like those tunes that won’t leave your mind and are with you day and night. This went on for quite some time, and I knew there was something odd about this, but I didn’t know what. I’d love to say that I gave myself wholeheartedly into the fires, and all this sort of thing, but I can’t really tell you I did. It was too appalling, too powerful.

And then one Saturday afternoon I was on a bus going down Finchley Road. I remember exactly where it was.  We got into a traffic jam and in that moment the whole thing came up. It was like inside and outside mirrored each other. There I was stuck in a traffic jam, and here I was stuck in this blessed obsession – with this thing that made me feel horrible and that I could do nothing about. To be perfectly honest I don’t know what happened. In the middle of this overwhelming feeling, suddenly the whole thing broke open and up came the image of the butcher. There he was with his marble slab and his beefsteak and his knife. A very powerful thought came to me. It was almost like a voice and it said “So there you are: nothing but a lump of bloody meat”. And my wanting to go to the gym and wear Lycra, and all the rest came into focus.  I suddenly realised how utterly vain the whole thing was and how out of proportion that desire had become. With that thought, the whole thing just deflated. The horror went away. I could look at the image now.  It was just an image, after all.  However its power over me – the numinosity that had been sitting on that image - suddenly vanished when that insight came up: “Yes, I’m nothing but a lump of bloody flesh after all”. There was a real sense of release. It wasn’t as if I would stop going to the gym. I went there for health reasons and those remained, but the hanging on to an ideal that I secretly longed for seemed to have died. And it really brought home to me that there is a one who lives inside me who does see things the way they really are,  who sees up as up, and down as down. And even when I try to convince myself that down is up, and up is down, it still sees up as up, and down as down. And when I stray, it comes back and prods me in the right direction. This is the Way. This is why circumstances reveal the heart to us and reveal the way we should go. Walking the Buddha’s way is not a mechanistic thing.  We may have formulas such as the Paramitas and the Noble Eightfold Path, and so forth but these are simply our guides. How to walk the Way is what the Way itself has to tell us. We have to be sufficiently here and present, and living in the here and now in our own bodies to recognise the signs when they come. 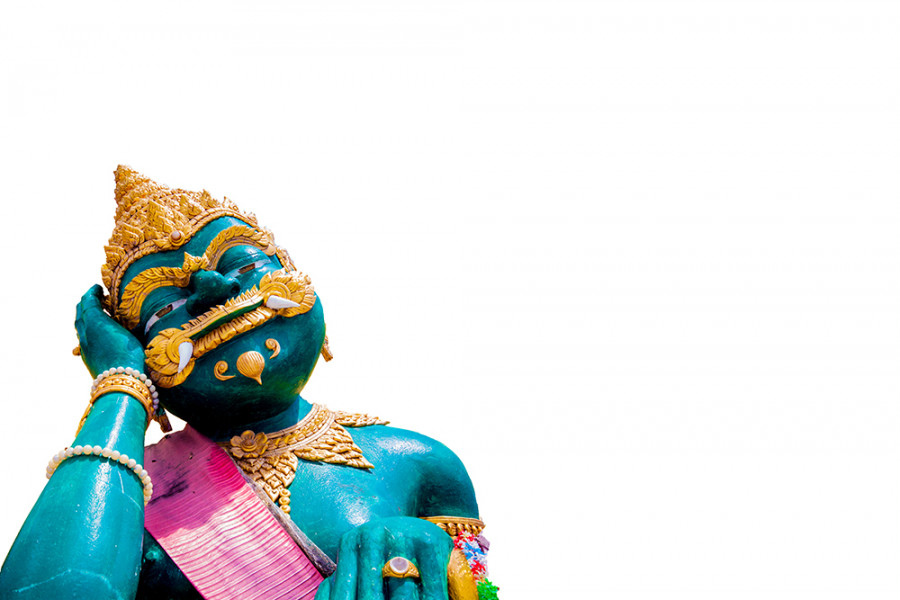 When Zen practice becomes ‘lazy’ it doesn’t mean we need to make an effort to be more productive. How does laziness appear in the training and how can we use it as means for transformation. 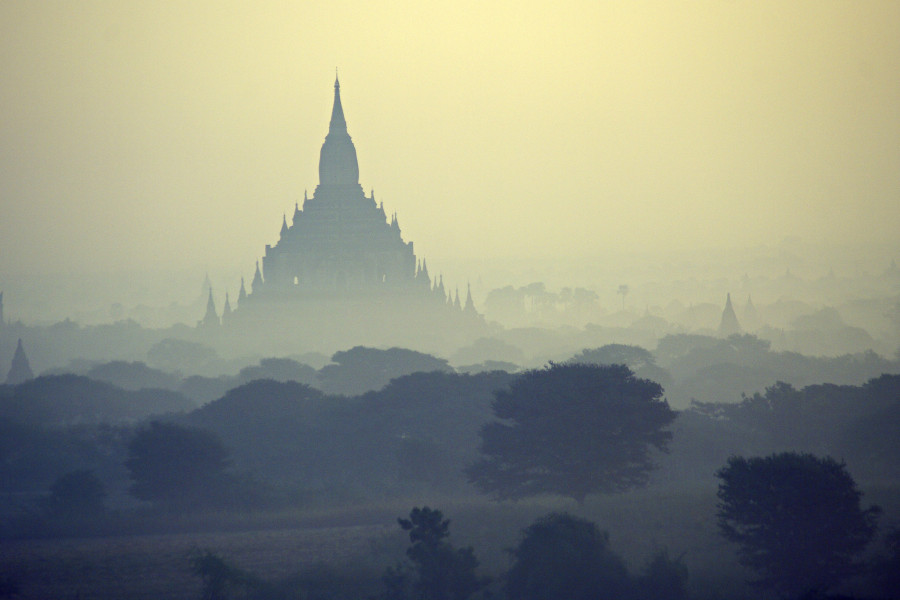 Why does the ‘taxing’ nature of our world make it possible to achieve Buddhahood in one lifetime? Find out in this week’s episode of the Vimalikirti Sutra. 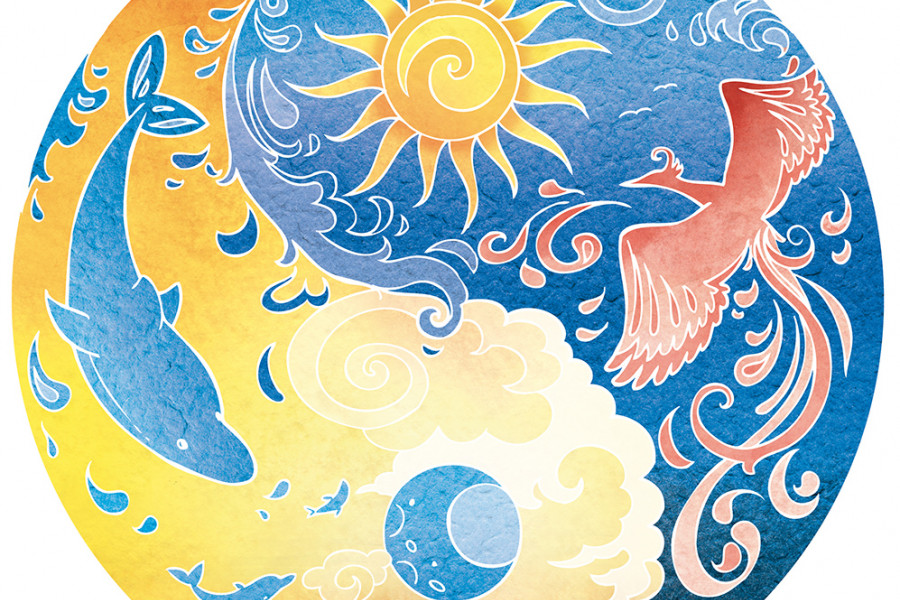 Bodhisatva’s gather from all four corners of the universe to explain how to reach the ‘door of non-duality’ and how to step through it. 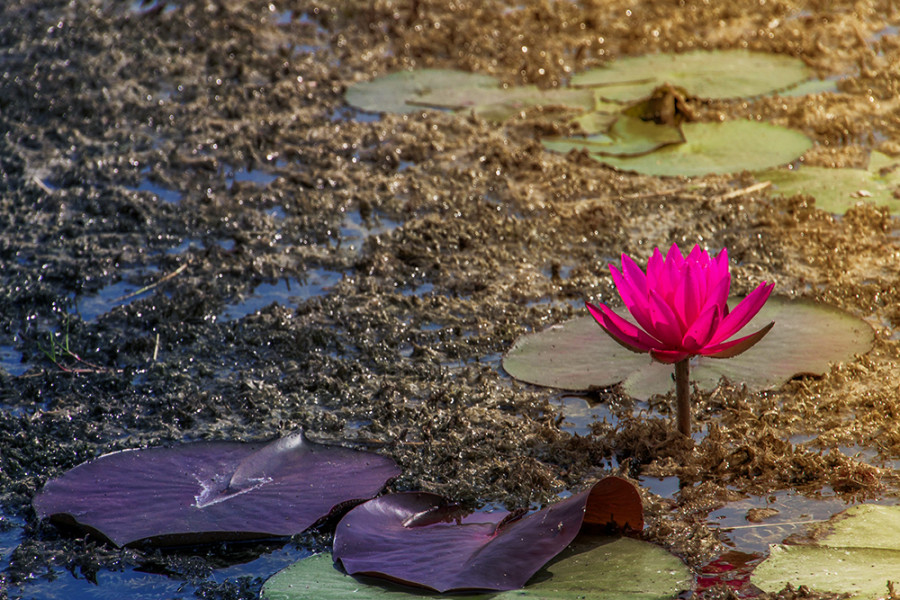 The Buddha committed murder in one of his previous lives. How could committing such a heinous act help deliver beings into full Buddhahood?