Manjushri is one of the four Great Bodhisattvas of Mahayana cosmology, along with Avalokiteśvara, Kṣitigarbha and Samantabhadra. Of the four of them, he is considered the oldest by modern scholars.

He has two main forms, with a number of slight differences in some countries, usually in the symbols he carries. His main form is that of a youthful prince with blue skin sitting on a blue lion holding aloft a flaming sword – used to cut through the bonds of ignorance. In his other hand he holds the stem of a blue lotus flower, upon which sits a copy of the sutra known as The Great-Wisdom Sutra in 8,000 Lines (prajñāpāramitā sutra). The central teaching of this sutra is sūnyatā or the emptiness of self-nature in all things. Thus he is known as the Bodhisattva of Wisdom. He also has a wrathful aspect known as Yamantaka the Lord of Death, who has six legs, six arms and six faces and sits on a water buffalo.

As a bodhisattva, he has vowed not to enter Nirvana until all beings have been saved. When he attains to Perfect Enlightenment he will be known as the Buddha ‘Clear Sight’, an epithet that emphasises the connection between the realisation of wisdom (prajñā) to unobstructed seeing (vidyā), the opposite of ignorance or delusion (avidyā).

He appears in a number of scriptures (sutras), notably The Lotus Sutra and The Vimalakirti Sutra. In the latter sutra he is the only one of the Buddha’s disciples who is prepared to go and debate with the layman bodhisattva Vimalakirti. The debate, which covers a number of chapters, allows both protagonists to expound in depth upon the Wisdom of Emptiness, one of the main teachings of the prajñāpāramitā cycle of sutras.

“Meanwhile, the Licchavi Vimalakirti thought to himself, ‘Manjushri, the crown prince, is coming here with numerous attendants. Now, may this house be transformed into emptiness!’”

Then, magically his house became empty. Even the doorkeeper disappeared. And, except for the invalid’s couch upon which Vimalakirti himself was lying, no bed or couch or seat could be seen anywhere.

Then, the Licchavi Vimalakirti saw the crown prince Manjushri and addressed him thus: ‘Manjushri! Welcome, Manjushri! You are very welcome! There you are, without any coming. You appear, without any seeing. You are heard, without any hearing.’

(The Holy Teaching of Vimalakirti translated by Professor Robert A. Thurman, published by Pennsylvania State University Press, Pennsylvania, US 1987).

In regard to this the Yogācāra school of Indian Mahayana Buddhism formalised a teaching that gave the Buddha three different bodies for teaching purposes, known as the Trikaya. The first body was the body of absolute truth, which is profound and transcendent. The remaining two bodies cover the provisional truth. One is the manifestation body, which refers to the Buddha’s physical body in life, which visibly taught the Dharma. The other body has various names, but is usually referred to as the ‘enjoyment’ body, or ‘bliss’ body, and is how the various truths appear in vision and meditation. It is this ‘body’ that includes all the representations of Buddha and bodhisattva images and that we can take, by extension, the sacred sounds (mantras), sacred gestures (mudras), hymns (dharanis), and images. This is the realm of the imaginal and creative forms that truth manifests in both physically and mentally, and that acts as a bridge between the transcendent and the immanent. The important point here is that the provisional truth embodies absolute truth.

The mantra associated with Manjushri is:

In his book on the Wisdom Sutras the scholar Edward Conze explains that the syllables of this mantra are a type of mnemonic for the wisdom of emptiness as follows:

A is a door to the insight that all dharmas are unproduced from the very beginning (ādya-anutpannatvād).

RA is a door to the insight that all dharmas are without dirt (rajas).

PA is a door to the insight that all dharmas have been expounded in the ultimate sense (paramārtha).

CA is a door to the insight that the decrease (cyavana) or rebirth of any dharma cannot be apprehended, because all dharmas do not decrease, nor are they reborn.

NA is a door to the insight that the names (i.e. nāma) of all dharmas have vanished; the essential nature behind names cannot be gained or lost.

The mantra is used to improve one’s own wisdom faculties as well as ability in debating, writing and memory recall, which are all skills used for teaching and spreading the Dharma. 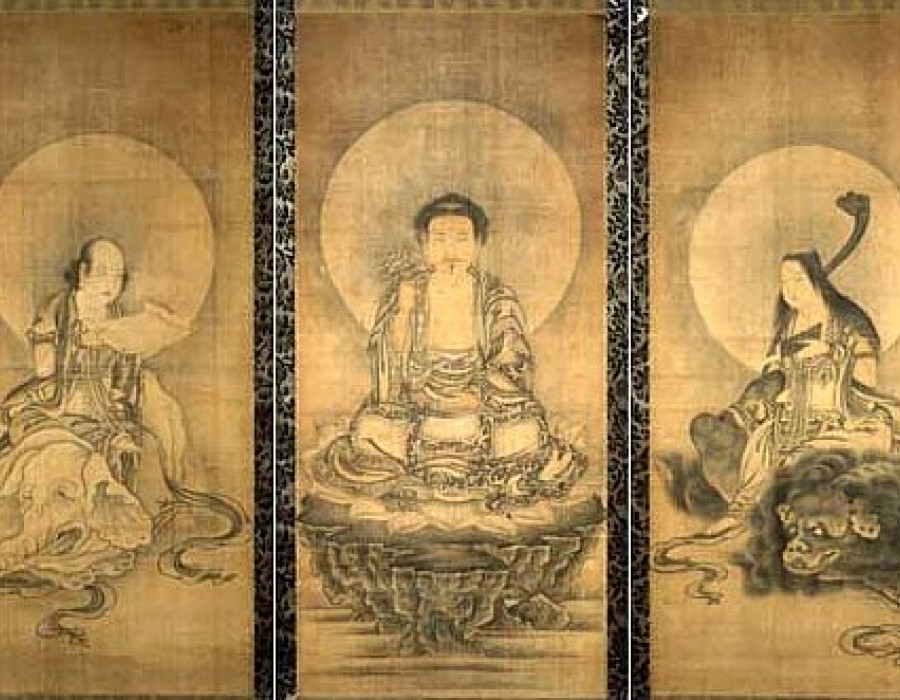 Buddhas and bodhisattvas have been the focus of devotional practices since the dawn of Buddhism. Such practices are designed to evoke love and warmth of heart which are the fruit of the Great Bodhisattva Ideal. 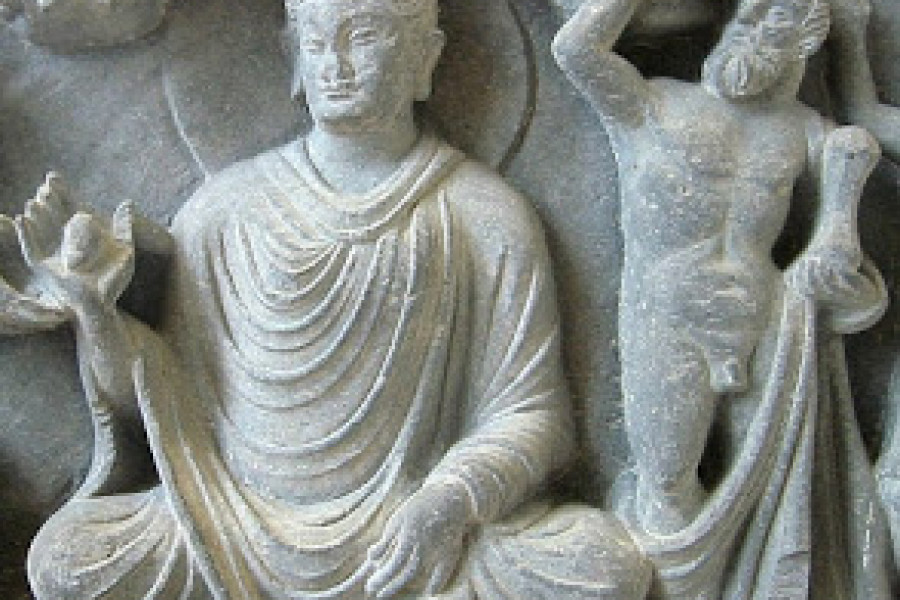 Vajrapani, whose name means ‘He who holds the vajra’ ( a symbolic thunderbolt), is one of the Dharmapalas or Dharma guardians - protectors of those who preach and practice the Buddha’s teachings. 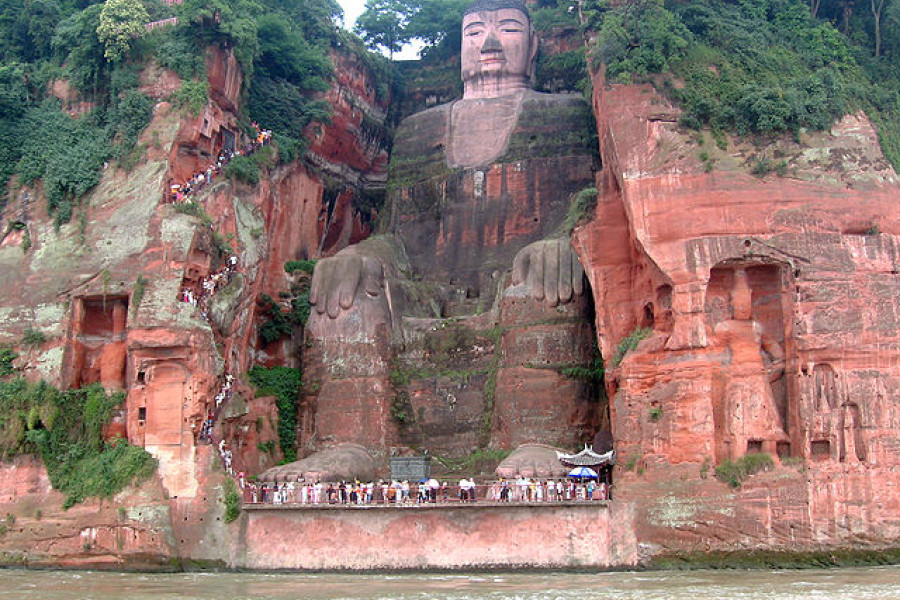 Maitreya is the Buddha who is to come prophesied by Shakyamuni Buddha to be the one who follows on from himself. He reminds us that in time all beings will attain Buddhahood! 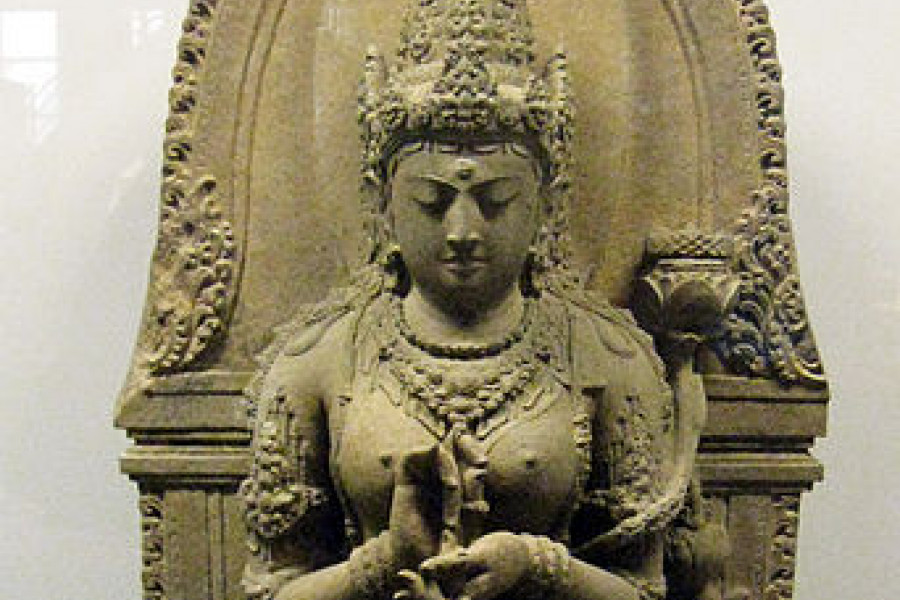 Known as the Mother of all Buddhas, this female deity is the embodiment of the wisdom-gone-beyond 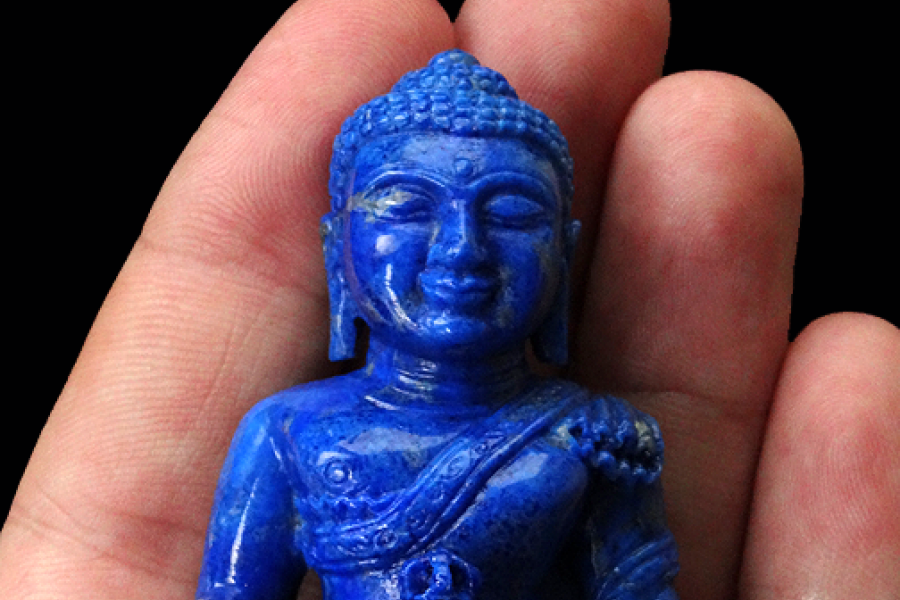 The final Meditation Buddha took a vow never to be angry until he reaches full Buddhahood. He is symbolised by the deep blue ocean that remains calm no matter what is happening on the surface. 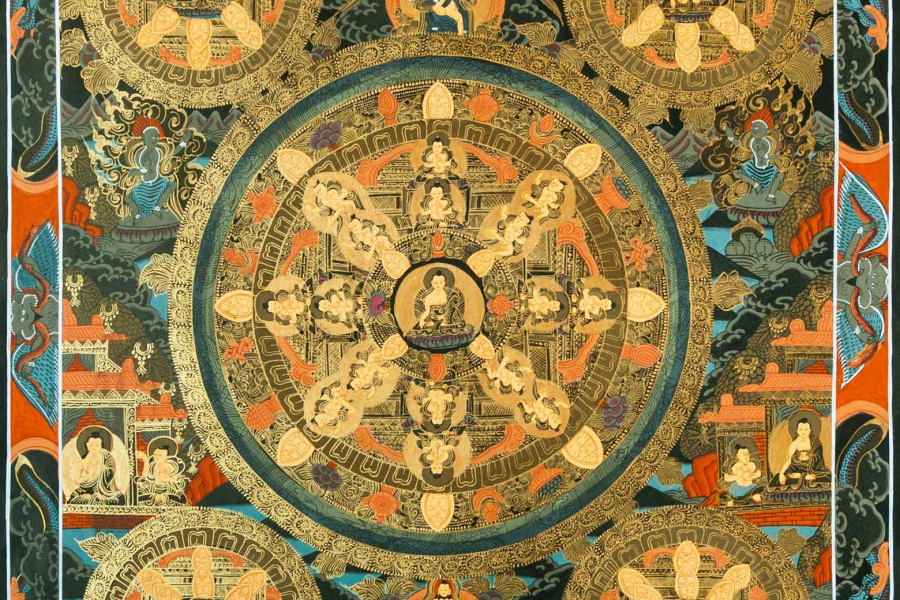 Not all Buddhas were considered flesh and blood or walked the earth. The Five Wisdom Buddhas are the Wisdom states as persons. The body of Vairocana is the body of the True Dharma. 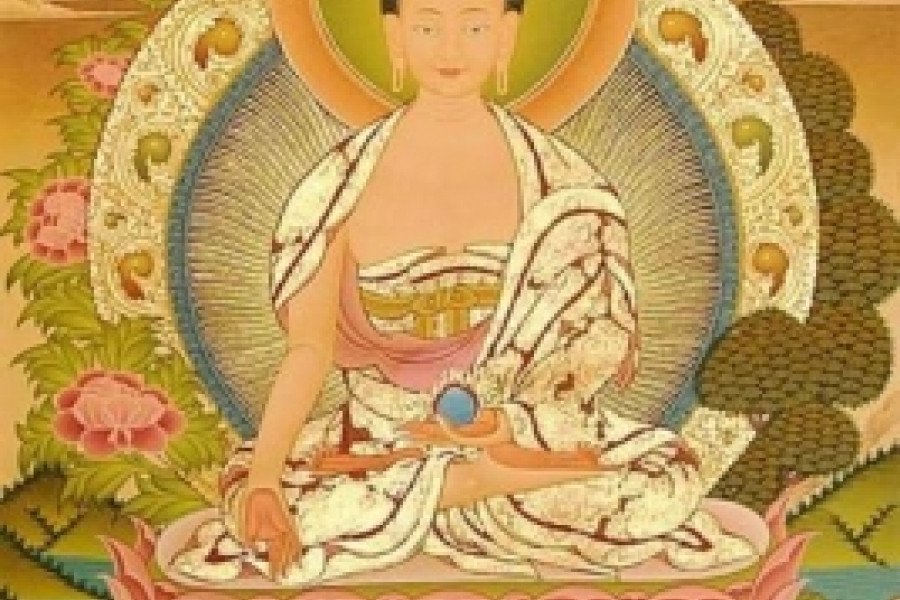 The cultivation of equality is the 'jewel' wisdom taught by this Buddha. Associated with vedana skanda Ratnasambhava is neither driven by nor averse to pleasant and unpleasant feeling and thereby leads to the attainment of Arhatship. 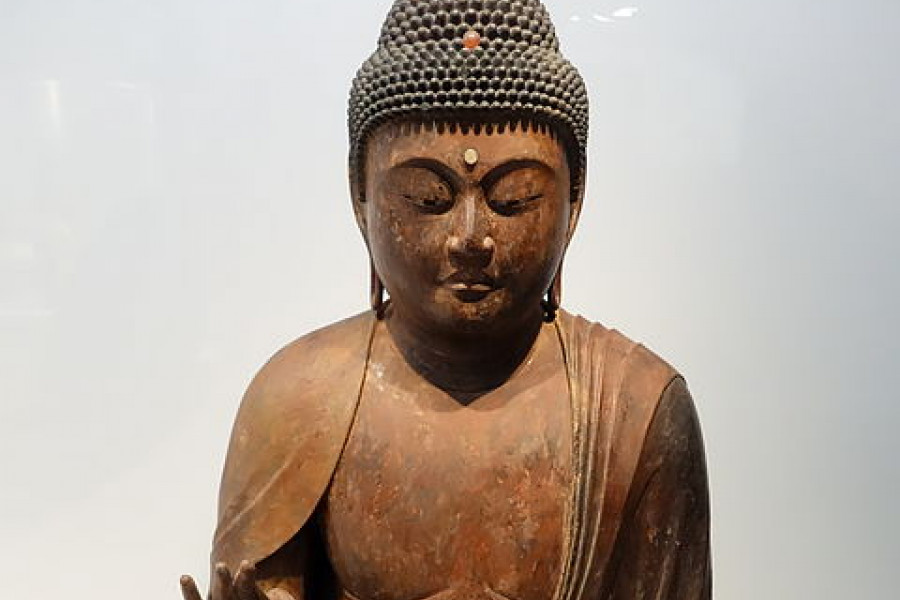 Amitābha Buddha also known as Amida Buddha heads the most popular of the Chinese schools of Buddhism amongst the laity. His salvation is promised to all those who sincerely call upon his name. He is also coopted as one of the Five Wisdom Buddhas in Esoteric Buddhism who sits in the West the direction of his... 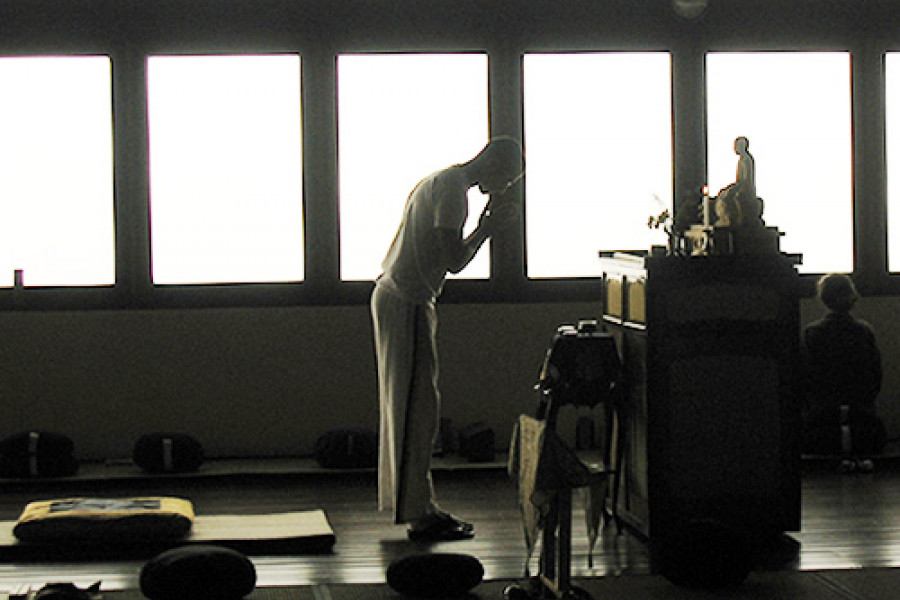 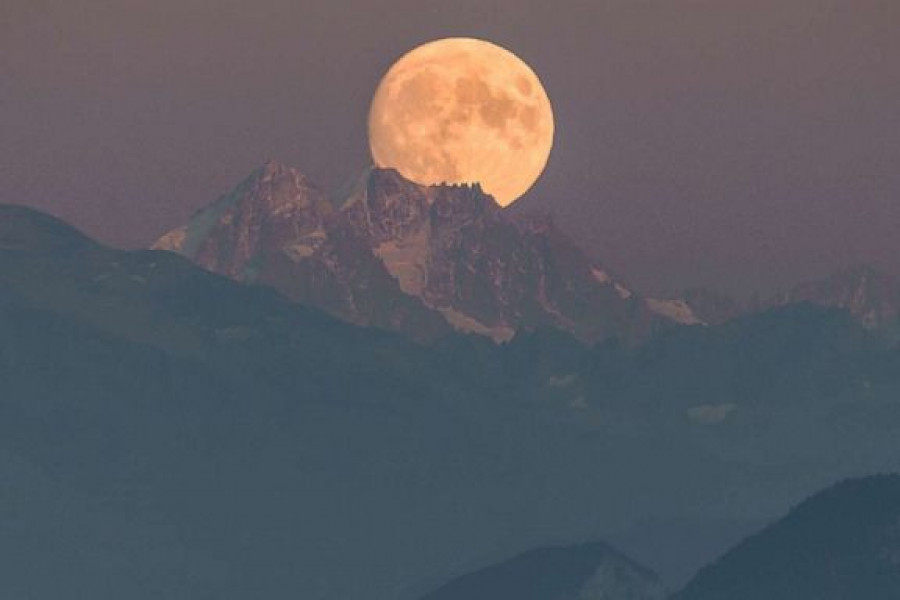 Amogasiddhi’s symbol is the moon, our satellite which reflects the sun’s rays even at night onto the earth. His season is Autumn, the season where life passes into death. His power overcomes envy for he does not grasp, even after the life that is now falling away. 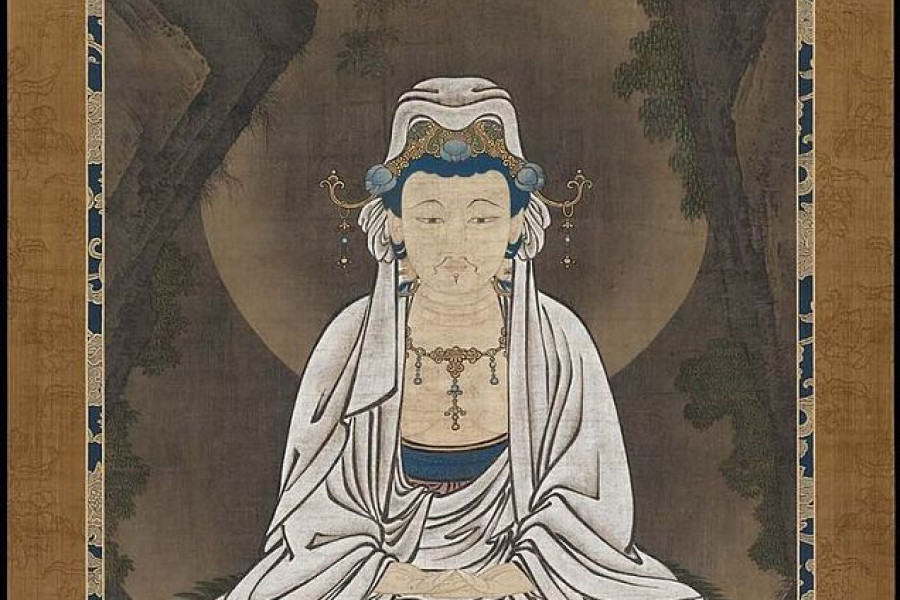 Through the bonds we share with our family, the Bodhisattva Kṣitigarbha encourages compassion and duty to to all life, by extending that bond to all living beings. 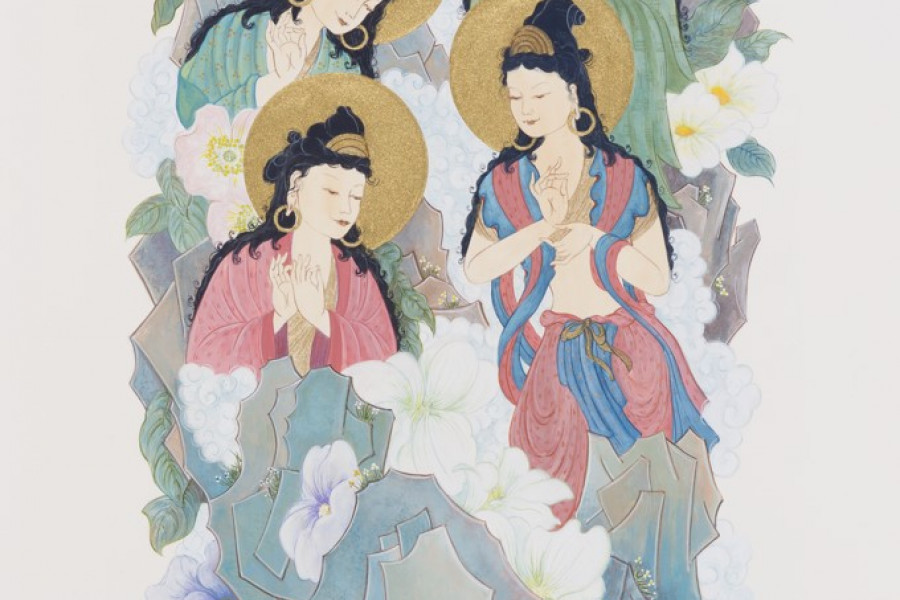 According to the Lotus Sutra, we need not look to the heavens to receive the teachings of the Buddha, they are already here on earth, inherent in all things. Verses from the Dhammapada 288

The Buddha taught that all things are impermanent, therefore if we rely on the people, things and circumstances that surround us, we will inevitably live in fear that these things will one day leave us. Jenny Hall examines what it means to take refuge in our own hearts. Verses from The Dhammapada 98

Being in a state of gratitude can be the key to a fulfilling and joyous life. Genuine gratitude however cannot be faked and is something that genuinely arises from the heart. Jenny Hall examines how we can open the heart to experience gratitude in our daily lives. Verses from The Dhammapada 35

If we are constantly distracted by past events, or looking for the next thing to satisfy our futures, we can never really savour the present moment in all its richness. When we enter the eternal ‘now,’ true peace is found.