During the Heian period the capital was shifted to Kyoto (then known as Heiankyō) by emperor Kanmu, mainly for economic and strategic reasons. As before, Buddhist institutions continued to play a key role in the state, with Kanmu being a strong supporter of the new Tendai school of Saichō (767–822) in particular. Saichō (767–822), who had studied the Tiantai school in China, established the influential temple complex of Enryakuji at Mount Hiei, and developed a new system of monastic regulations based on the bodhisattva precepts. This new system allowed Tendai to free itself from direct state control. [Wikipedia]

Tendai Buddhism has several philosophical insights which allow for the reconciliation of Buddhist doctrine with aspects of Japanese culture such as Shinto and Japanese aesthetics. These include Zhiyi's theory of perfect interfusion or unity of all phenomena (expressed in teachings like ichinen sanzen "three thousand realms in one thought") and the Tendai theory of hongaku (original enlightenment) which holds that enlightenment is intrinsic in all things. Also central to Tendai thought is the notion that the phenomenal world, the world of our experiences, fundamentally is an expression of the Buddhist law (Dharma). This notion poses the problem of how we come to have many differentiated experiences. Tendai Buddhism claims that each and every sense phenomenon just as it is is the expression of Dharma. [Wikipedia]

Taking what is bad onto oneself and passing on what is good to others, and forgetting oneself and benefiting others — that is the height of compassion. 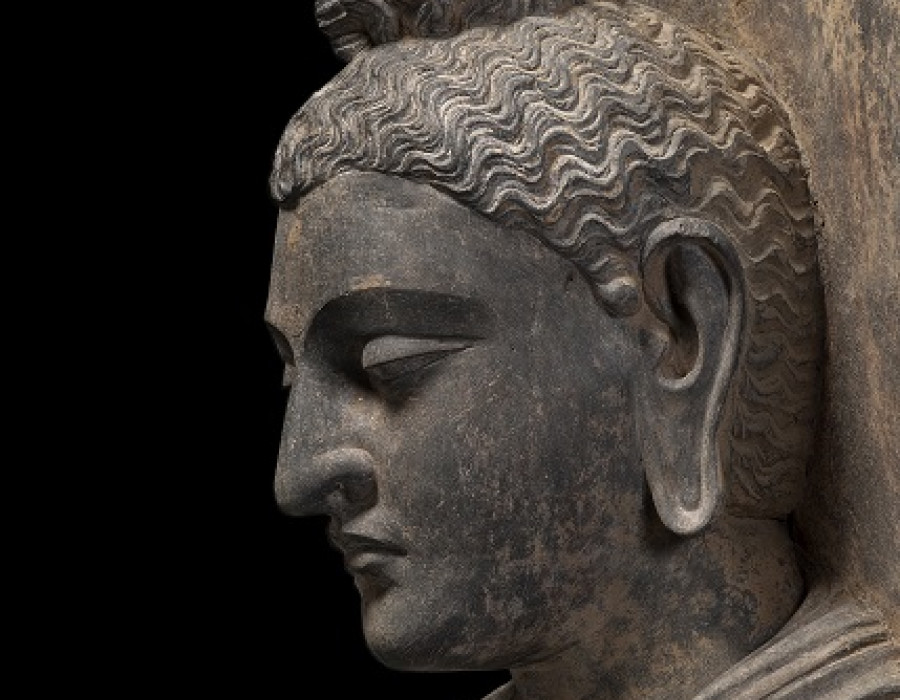 Buddhist art has always been more than just decorative, it is also used for reflection and contemplation. This series features images and a short text that may be used for personal reflection, a perfuming of Heart & Mind to quieten & uplift consciousness. 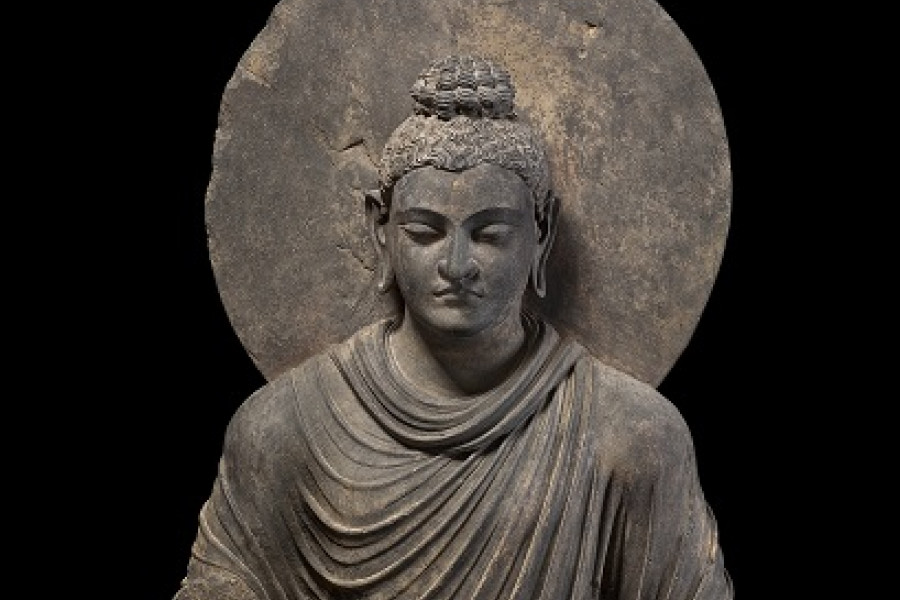 The familiar image of the standing Buddha probably originated in Gandhara in the 1st/2nd century CE; from that region, straddling the present-day nations of Afghanistan and Pakistan, the form spread to every region permeated by Buddhism. 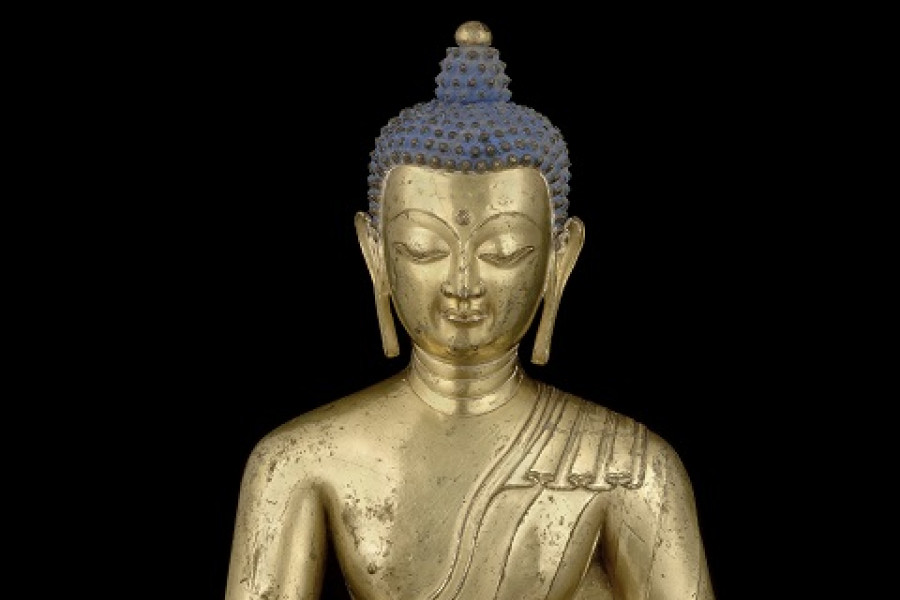 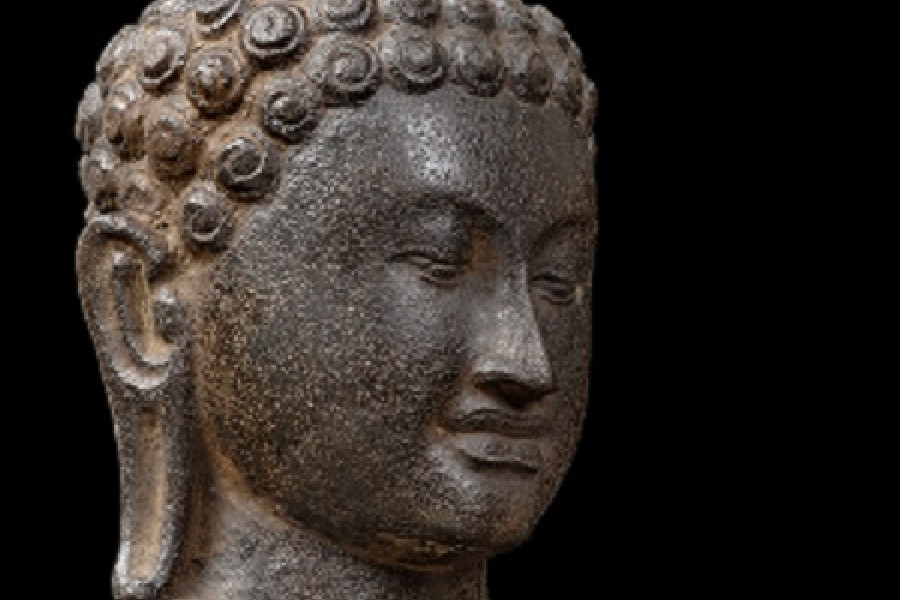 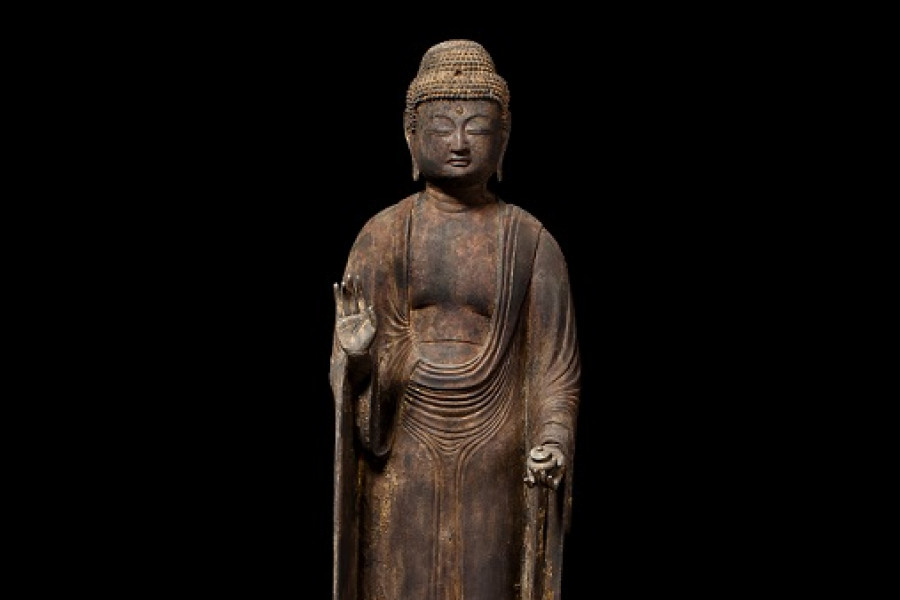 The Buddha is called the Great Physician and his teachings medicine for body and mind. These Buddhas dispense medicine to alleviate the 'dis-ease' of the human condition. 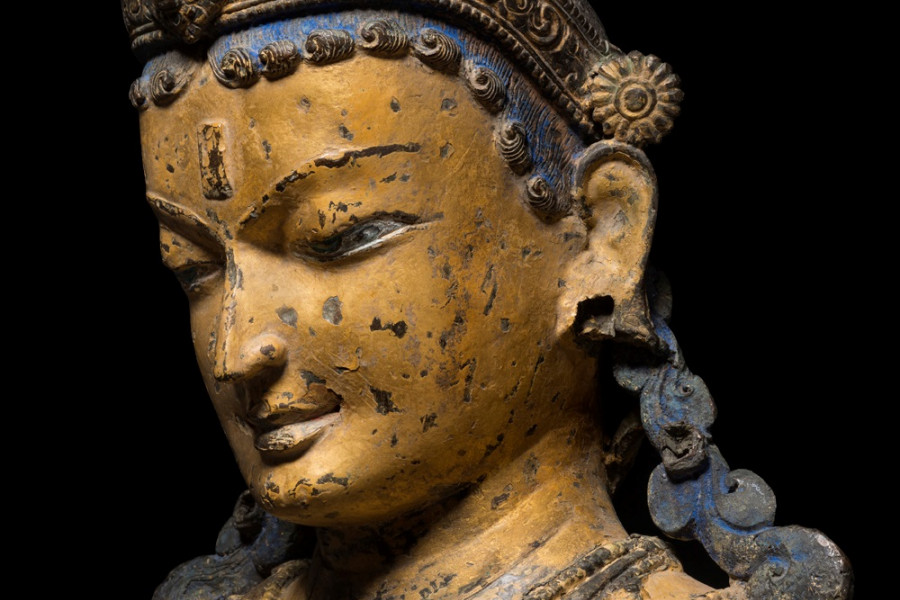 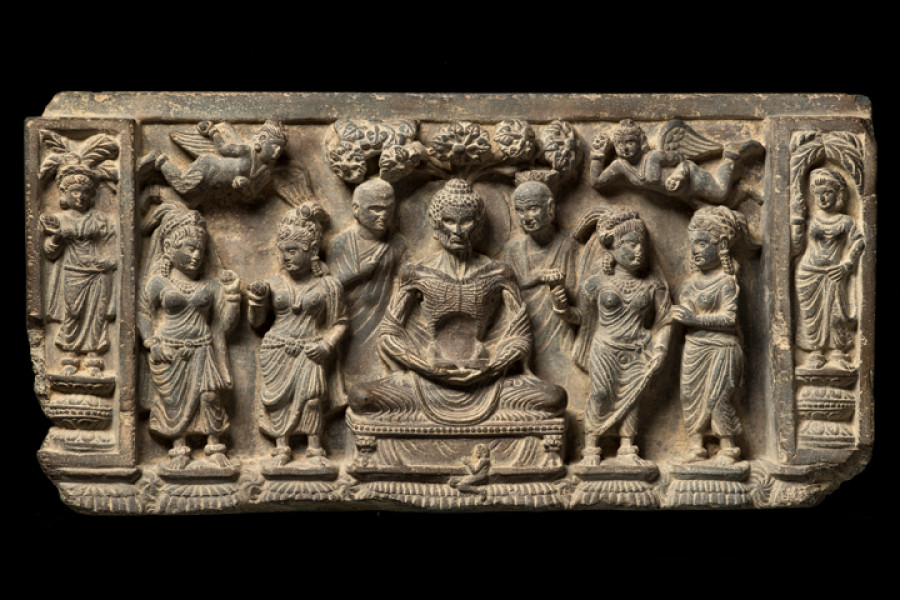 The high holidays can be a time of excess. This frieze of the Great Bodhisattva during his time of asceticism reminds us of the superhuman efforts he made to reach Enlightenment. 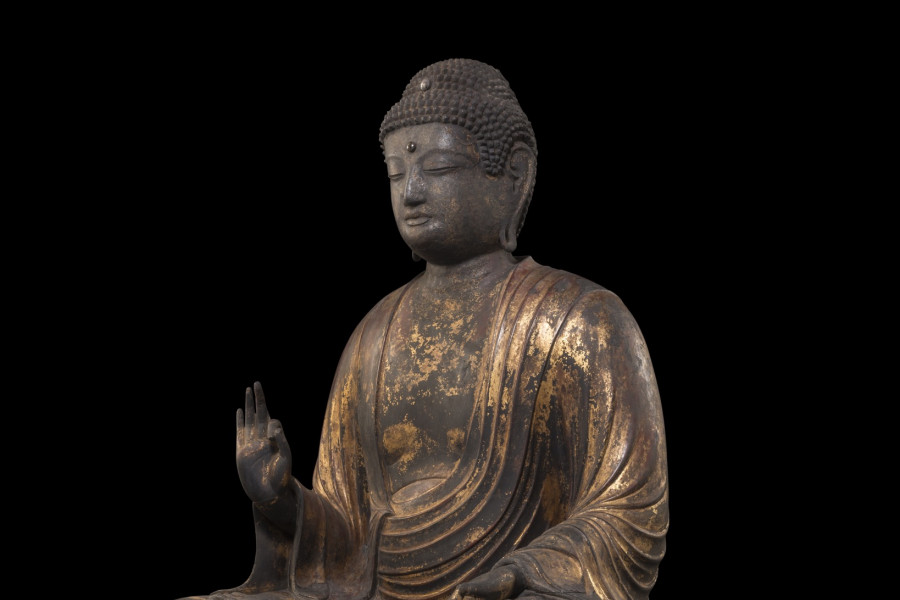 Amida Buddha is the Buddha of the Western Paradise who has vowed to rescue anyone who calls upon his name. It is one of the most popular Buddhist schools amongst the laity. The school originally arose in China but has spread throughout SE Asia. 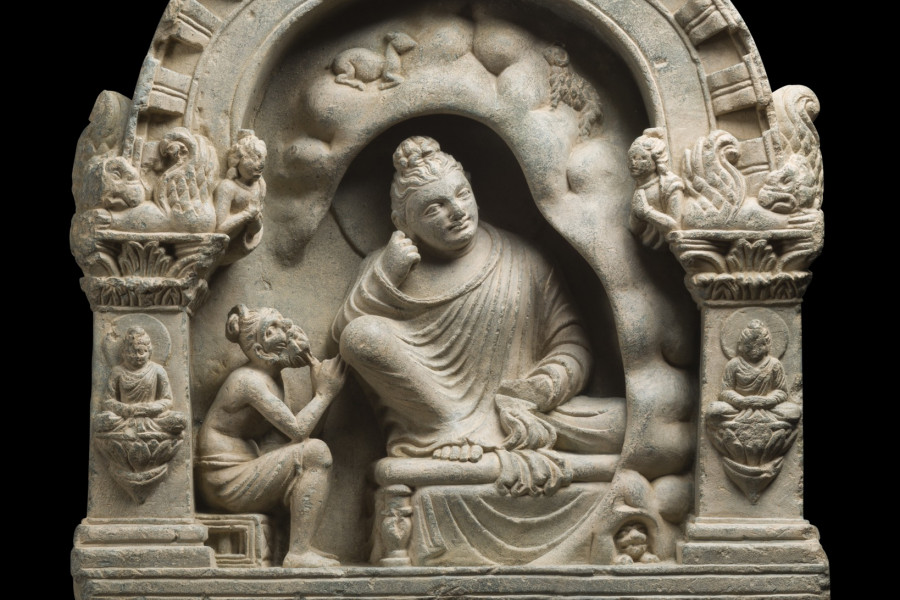 Images of Truth: The Buddha Listens to Bavari

The Buddha spent much of his teaching life in discourse with those who sought Truth. Some asked questions, others sought to refute his teachings. Whatever they came for the Buddha showed them all the same courtesy of listening carefully to what they were asking and then replying from the depth of his wisdom... The surviving fragment of a statue of the Buddha reveals a serene face, apparently in a state of deep introspection. 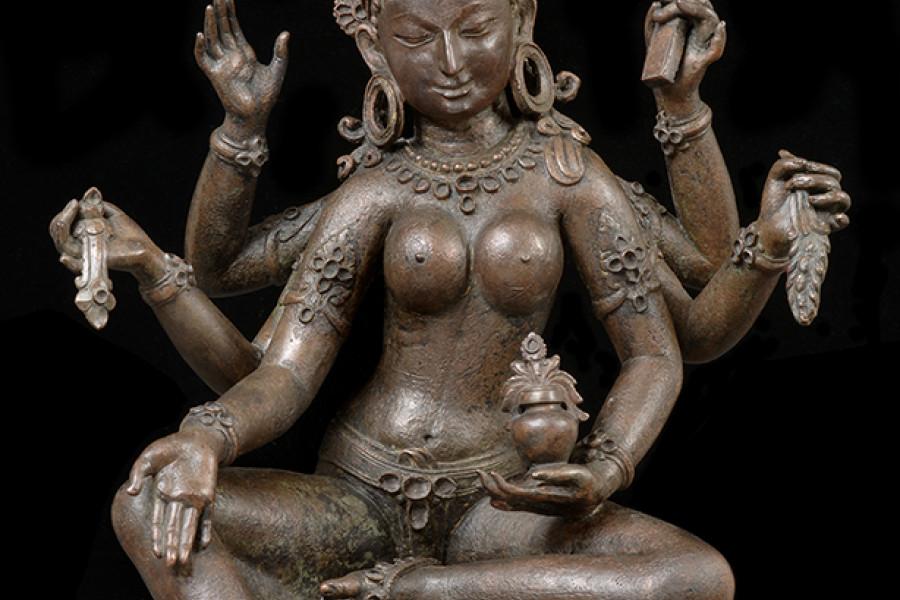 Magical powers, Devas and bodhisattvas expound the Dharma in this week's images of truth The Bodhisattvas vow to stay in this world of Samsara until every last sentient being is saved. While such ideals may seem distant from our own lives, at it’s core, the Bodhisattva vow has much to offer us in our own practice. 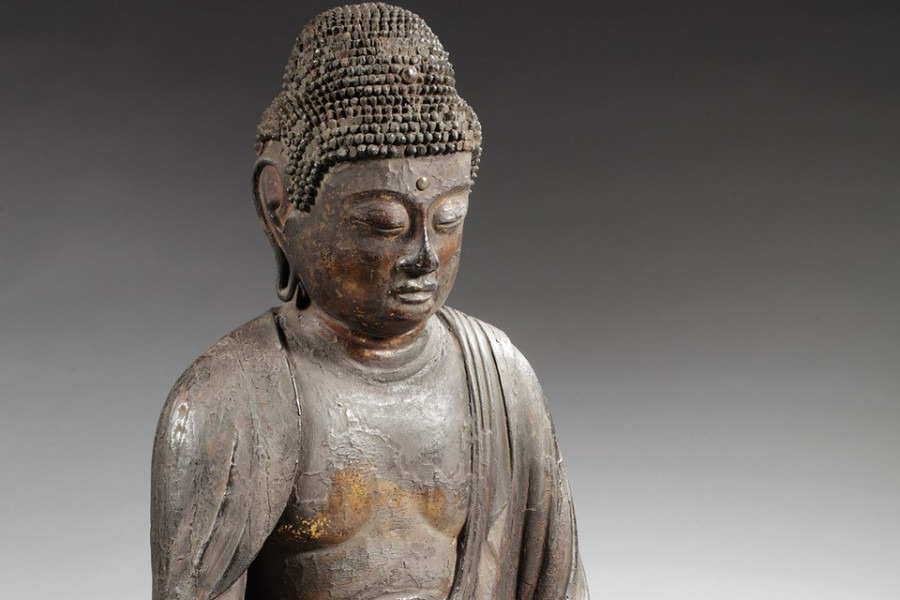 When the godhead or deity appears this is known as a theophany. Although the Buddha was a man, was it the Buddha or the man that incarnated all those years ago? Prajnaparamita, the mother of the Buddhas, is a living embodiment of the Great Wisdom Sutras, which point the way to the nameless insight of the Buddha. One of the earliest iconographic depictions of the Buddha was Afghanistan, depicted in the Hellenic style of the Ancient Greeks. This serene figure of the Buddha is a definitive image of Gandharan sculpture.