In this episode the essence of what the Zen masters taught is revealed.

“My feet hurt!” thought Sariputra to himself. “It was a long trek to Amrapali Park and now into town to this house. I am not getting any younger and could do with a sit down. But what has he done with all the chairs? There is not so much a stool to be seen?”

No sooner had this thought arisen with Sariputra when Vimalakirti broke off his discourse and, turning to Sariputra, said:

“Sariputra, have you come for a chair or for the Dharma?”

Sariputra’s face fell. Standing so close to Vimalakirti, he had forgotten that great beings such as this often have the power to read thoughts. Although it might be considered a breach of privacy, they usually only did it out of compassion or because there was an important teaching point to be made. So Sariputra pulled himself together and replied: “For the Dharma, Venerable Sir.”

“Dear, dear Sariputra!” exhorted Vimalakirti, “Those who are interested in the Dharma are not even interested in their own bodies, let alone a chair. The Dharma is peace of heart and quiescence. If one is hankering even after Buddhahood or after an end to his suffering then his heart is all aflutter. He is not with the Dharma but is only concerned about himself.”

Vimalakirti struggled to sit himself up. Two devas came to his aid and plumped up his pillows so that he could sit upright and address the assembly directly. Then the patient turned to Manjushri:

“Dear Prince, as you are well-travelled, please be so good to tell us all in which of the worlds in this billion-world galaxy are the best lion thrones to be found?”

Manjushri stroked his chin and thought for a moment: “Well… if I remember correctly, if one crosses the many worlds to the east of here there is a world that is so far away that the number of worlds in between surpasses the number of grains of sands in the River Ganges and there is a place called Merudhvaja. In this realm there is a Buddha called Merupradiparaja. His body is so tall that it extends 84,000 leagues into the sky. He has a lion throne that extends 64,000 leagues into the sky. The bodhisattvas are also very large, about 42,000 leagues high, and they each have thrones of 34,000 leagues. It is in that place that you will find the greatest lion thrones of all.”

Vimalakirti nodded in satisfaction. He held out his hand and a nearby snake-king known as Nagaraja gave him a clean handkerchief on which he proceeded to blow his nose. Taking a deep breath, he closed his eyes and went into a deep meditative state. He then sent a message to the Buddha Merupradiparaja, humbly asking if they might borrow the lion thrones. For those observing this it all happened in the twinkling of an eye, and lo! down from the sky and through the roof of the house came the magnificent lion thrones; one for each of the assembly.

The curious thing was that despite the enormous size of the new furniture, all the thrones fitted comfortably inside Vimalakirti’s house without crowding it or without the house expanding or the thrones shrinking.

Vimalakirti then invited Prince Manjushri and the other bodhisattvas to sit themselves upon the thrones. The bodhisattvas who had attained the Wisdom-Gone-Beyond were all able to increase their size and take their places, one on each lion throne. But the arhats struggled to climb up the mountainous sides of the thrones and could not take their places.

“Sariputra, why do you not take your place on your throne?” enquired Vimalakirti with a slight knowing smile.

“Why, good sir, it is far too large and I cannot surmount it,” he replied.

“If you would be willing to bow down to the Buddha Merupradiparaja, you will be able to take your seat,” suggested Vimalakirti.

So, Sariputra bowed low before the Buddha who had just appeared behind the thrones that he had sent from his land so far, far away and immediately all the arhats were able to take their places on their thrones.

Feeling somewhat more comfortable, Sariputra began to wonder at this miracle and how it could be?

“That is a very good question Sariputra! The truth is that for the Buddhas and bodhisattvas there is a liberation known as ‘inconceivable’. Anyone who has mastered this art can place the world mountain, known as Meru, into a mustard seed. And yet, the seed does not need to increase in size and neither does the mountain need to shrink down. What is more, the beings who live on that mountain, the devas, fighting demons, the hungry ghosts, beings in hell and animals, as well as the humans, will be none the wiser for the miracle taking place.

What is more, the bodhisattva who practices inconceivable liberation can also pour the entire seven oceans with all their inhabitants into one pore of his body.”

This really did make Sariputra raise his eyebrows, as the Vinaya rules for monks and nuns strictly sets out when and where a monk may bathe… and it’s not that often!

Vimalakirti continued: “What is more, even the great dolphins and whales do not have to be shrunk down, nor the pores of the skin enlarged to accept the oceans.

What is more, such a bodhisattva is master of transformations and can make the most humble being into a deva or a deva into an ant. There is not one place in the billion-world galaxy that he cannot go, because his heart is not swayed by liking and loathing, neither by coming nor going.”

At this point the great arhat, Mahakasyapa, stepped forward saying: “It is like showing men blind from birth things in front of their eyes." He then turned to Sariputra and said: “Surely, all the wise must vow to attain this great inconceivable liberation. What a pity that we had not known about it before! Why, even Mara and all his hosts would be powerless before such a being who had attained this form of liberation.”

Mahakasyapa shook his head sorrowfully and stepped back. Vimalakirti responded: “Even those Maras and all his hosts are ‘playing the devil’ because they too have the inconceivable liberation. They do what they do because they seek to lead all beings to develop the same and attain to the ultimate liberation. All those who make demands in daily life upon the bodhisattvas, no matter how destitute, are all part of the same play to test and allow for development of the bodhisattvas.”

Sariputra sighed a little; he had become rather fond of his lion throne! 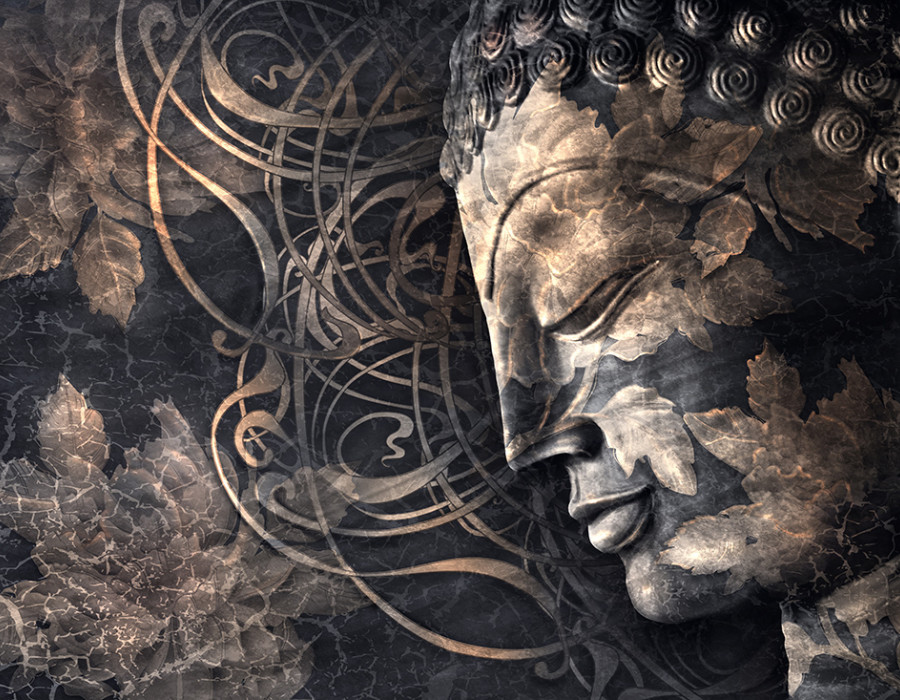 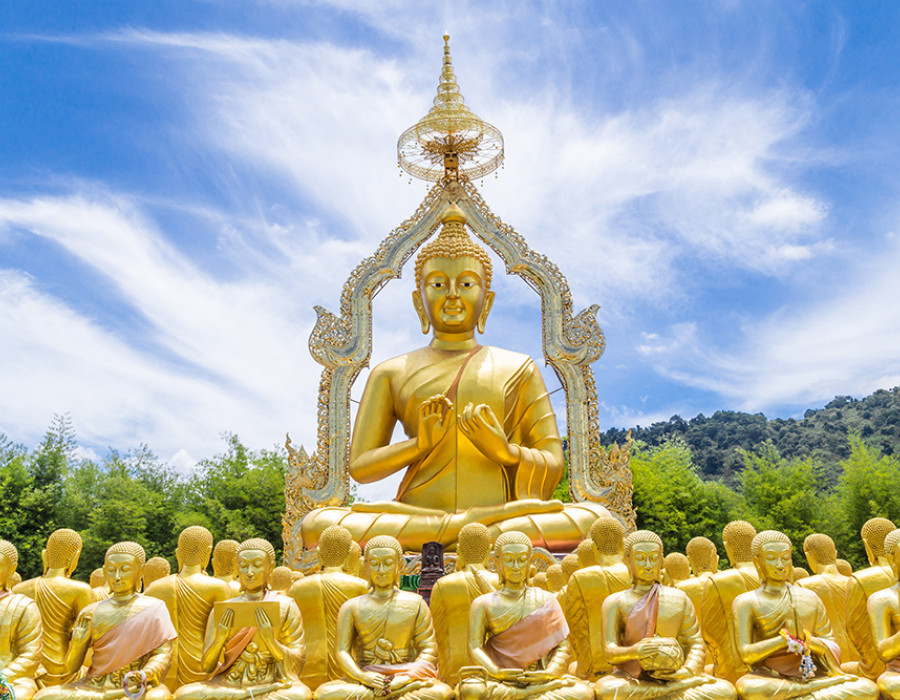 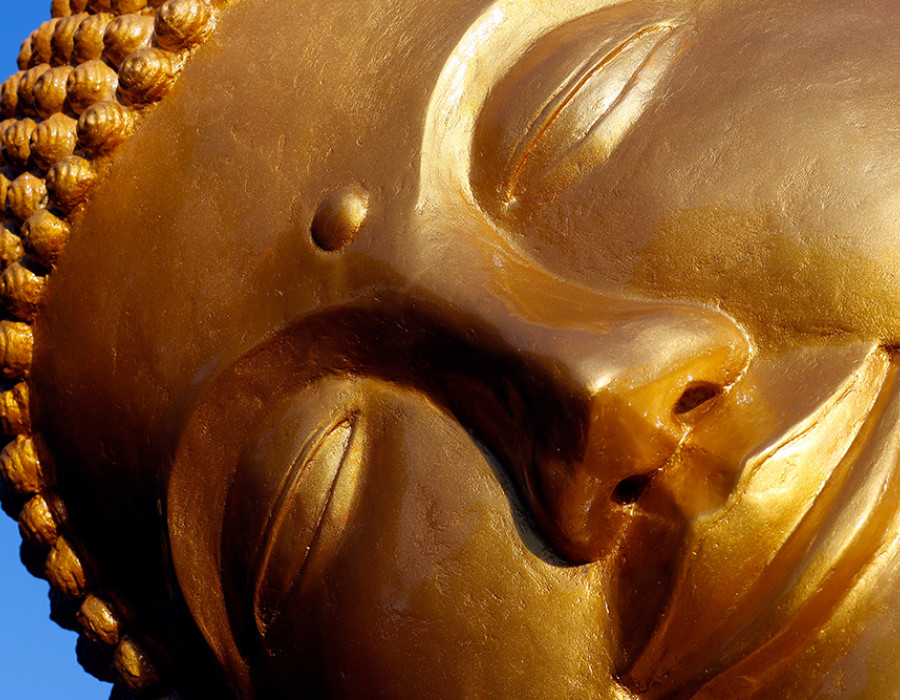 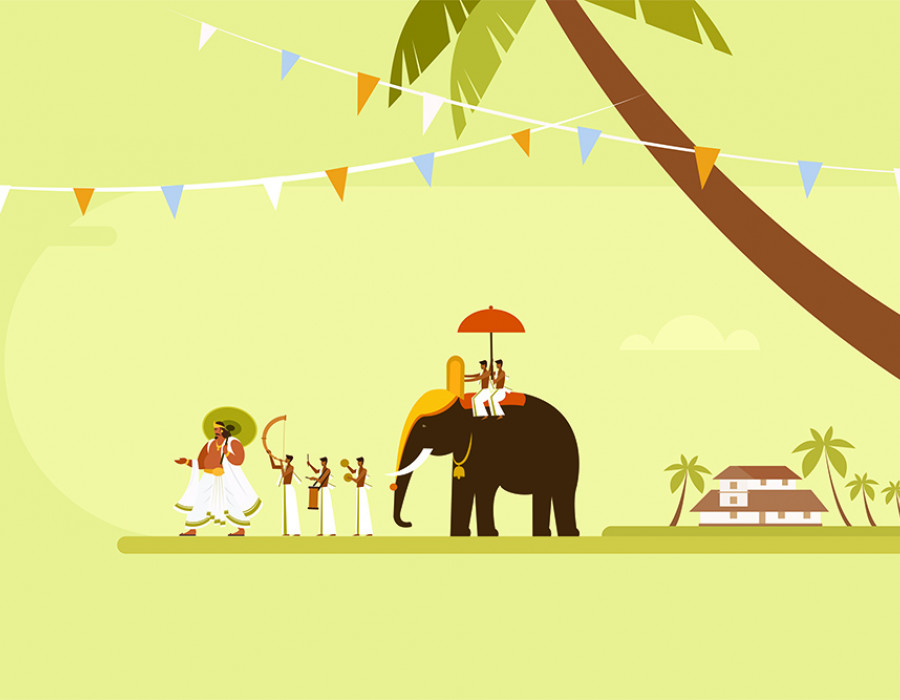 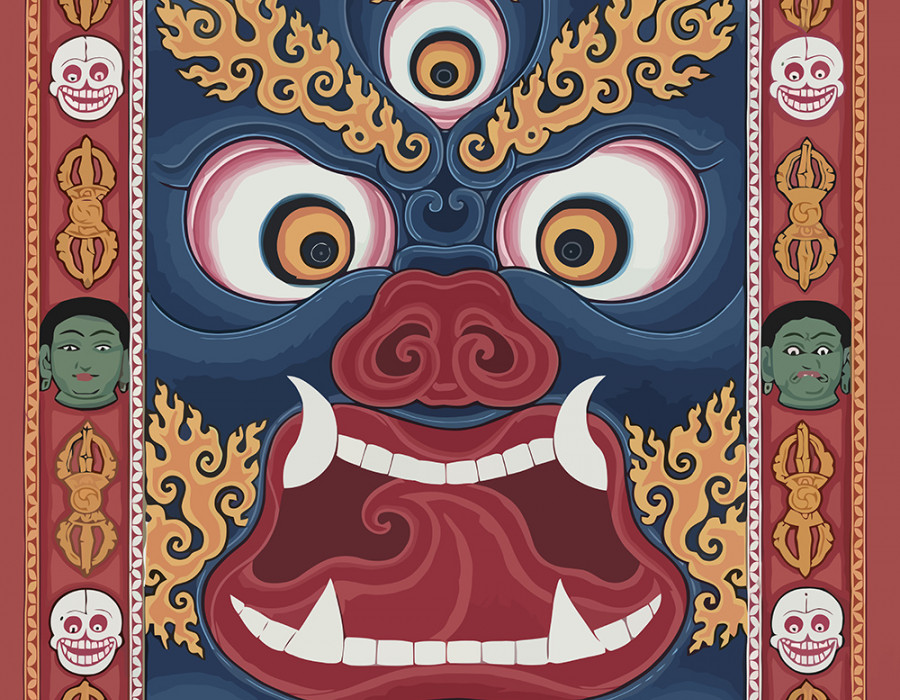 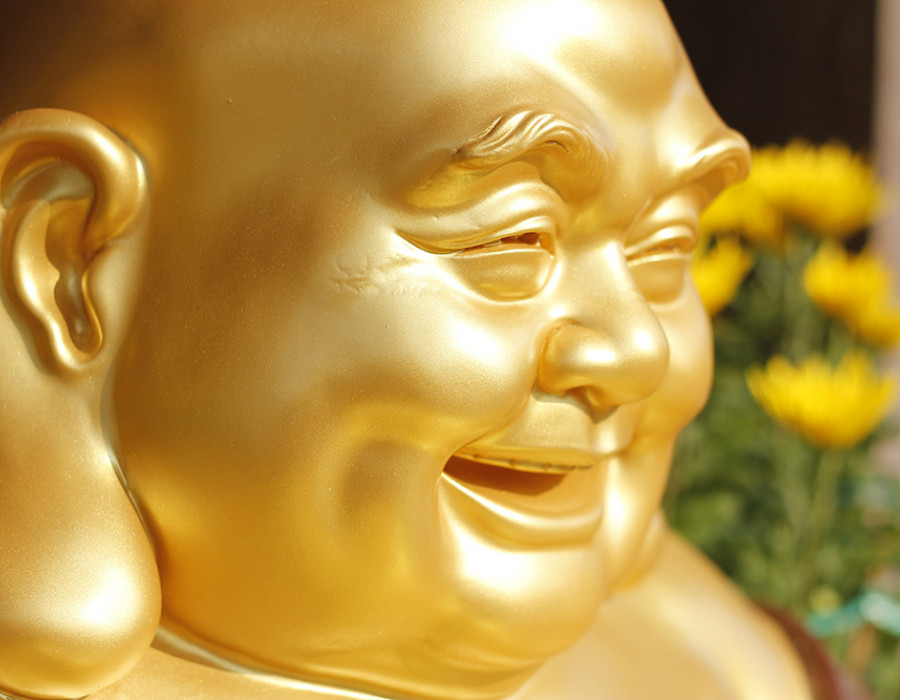 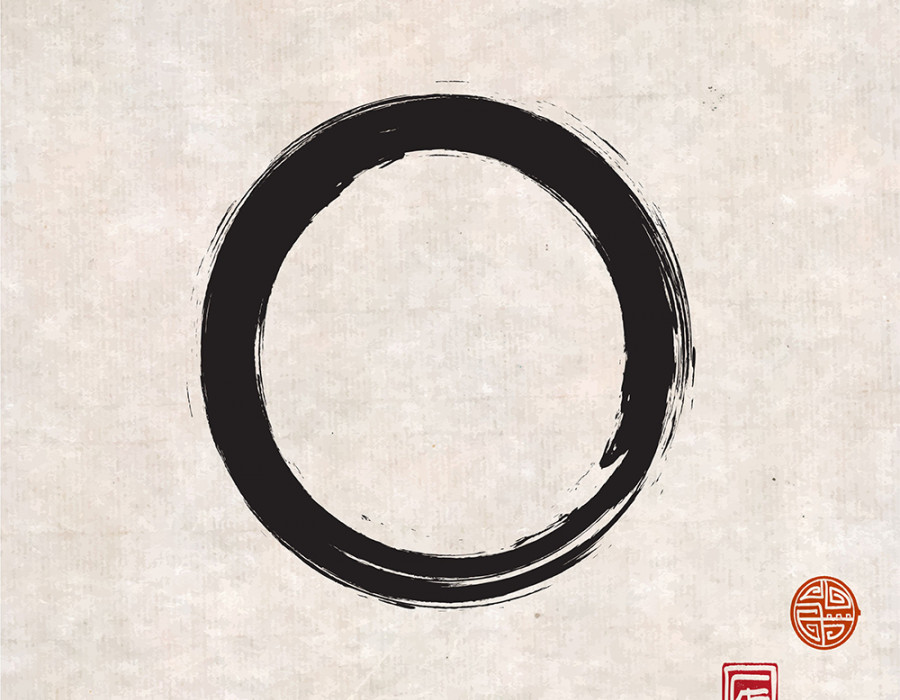 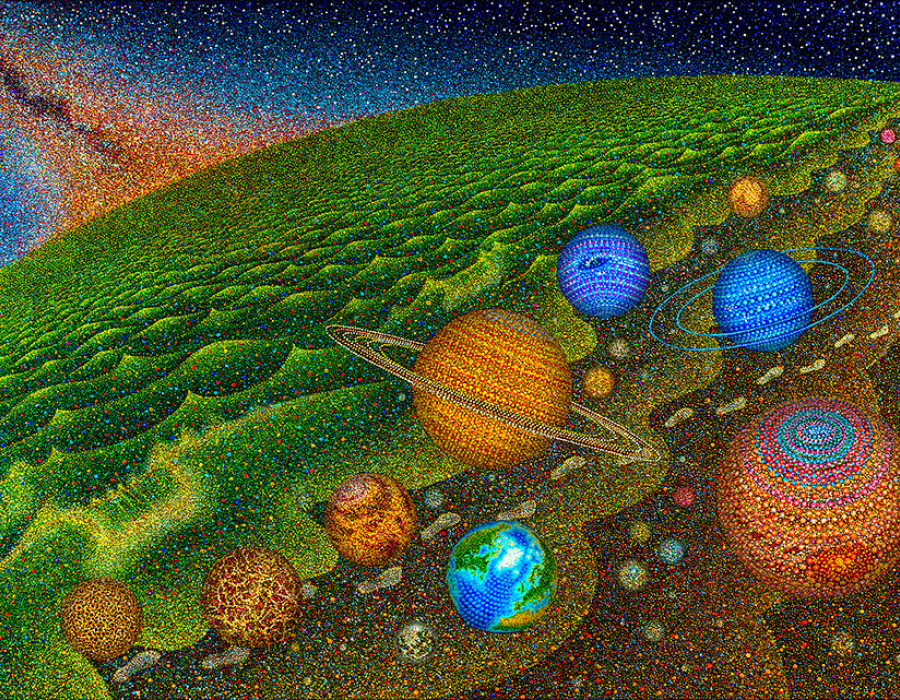 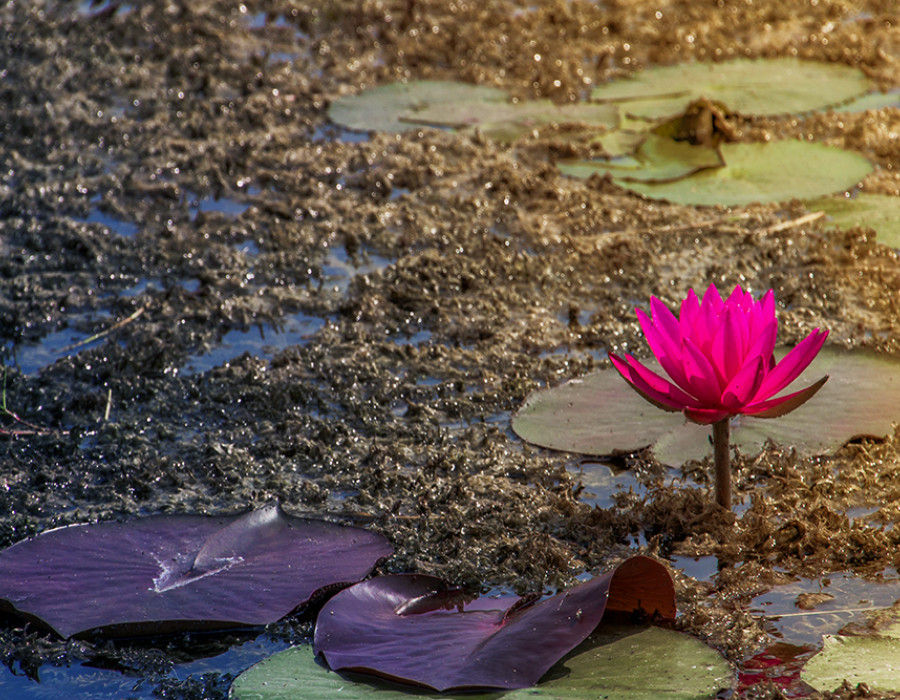 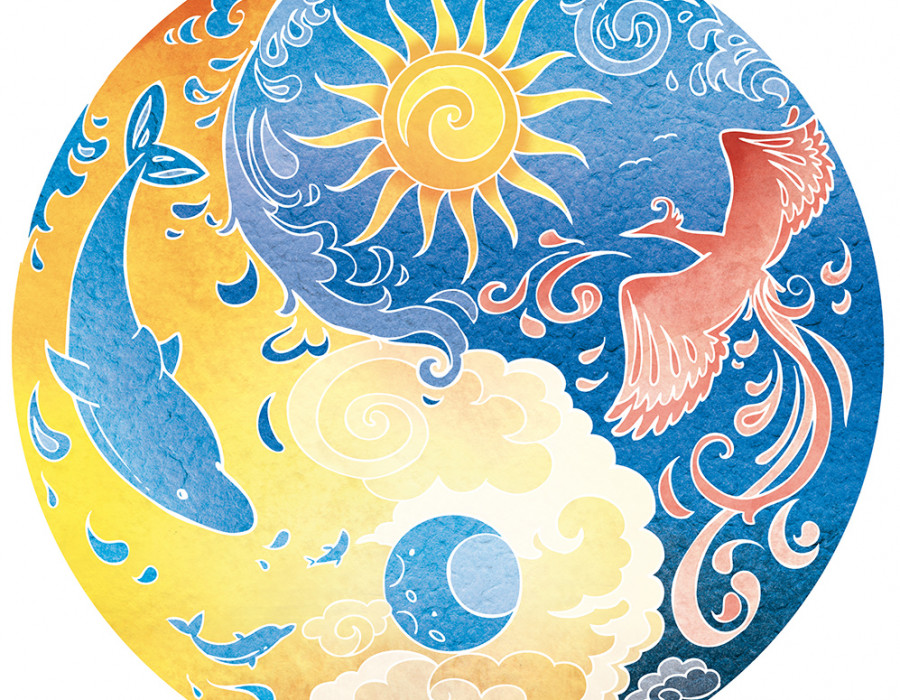 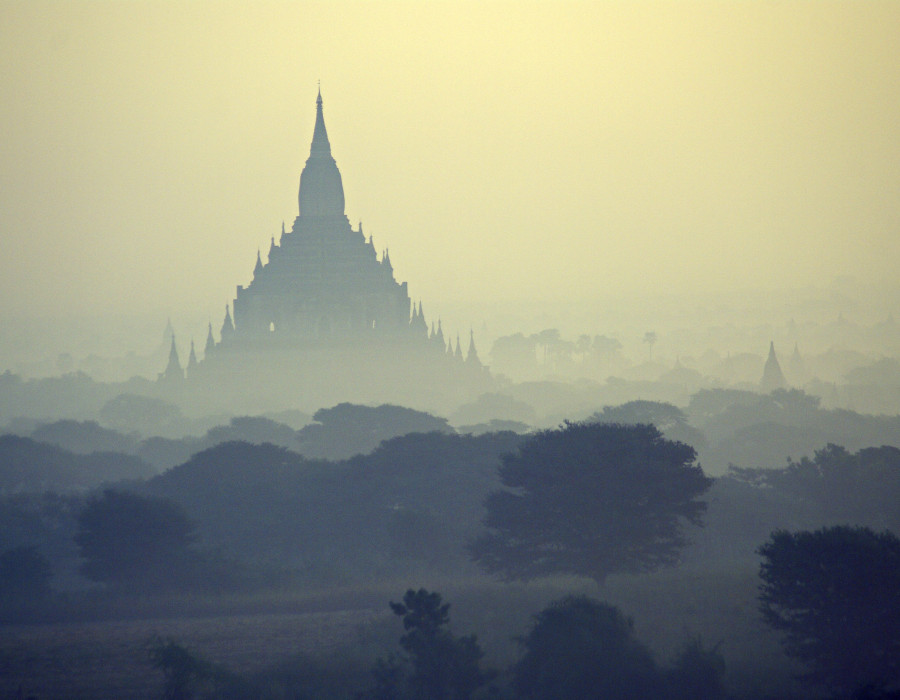 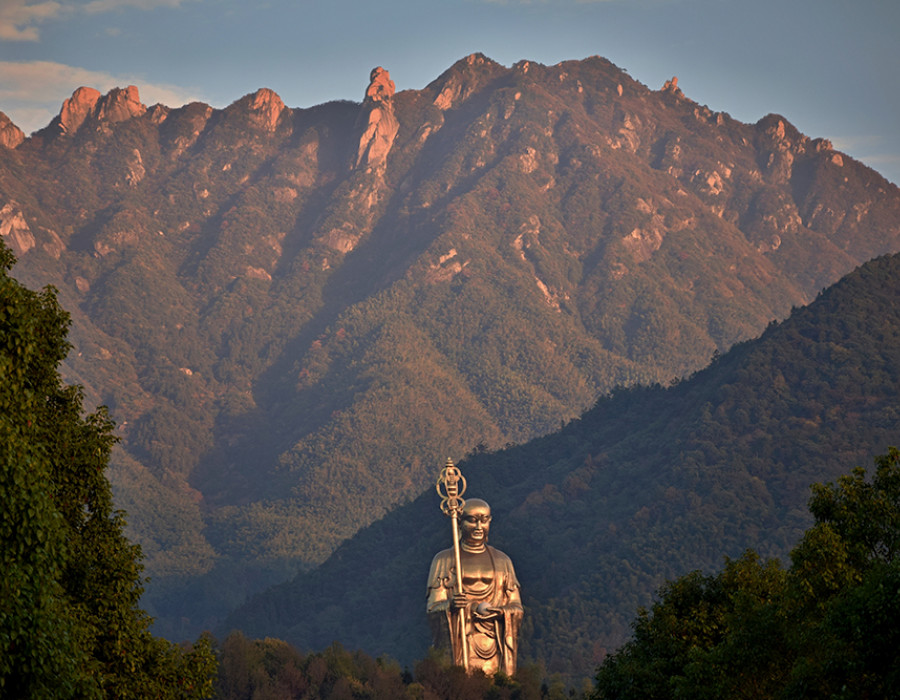