In the Pali Canon the Buddha made a distinction between his physical body (manifestation body), and what he called the true body of the Buddha (Body of Truth).

Thus arose an understanding that the Truth Body was different to the world of appearances as it appears on The Wheel of Life. This is not to say that it literally lay ‘beyond’ this world rather it was unrealised. What we see is the manifestation of Dharma activity without being aware of the source of that activity.

Thus we have two ways of perceiving Buddha:

Nirmanakaya – manifestation body- as they appear

The Yogacarins formalised this teaching by adding a third body to form the Trikaya or Three Bodies of the Buddha.

This third body is the interface between the other two and is referred to ‘The Bliss Body’ or ‘The Body of Light or Illumination’.

This body is how the Dharma manifests in insight and deep awareness or mindfulness. It sees the interdependent nature of all things, that nothing stands alone and separate (hence is empty of self-nature).

In the Pali Canon the Buddha tells Ananda that whoever sees into the Twelve Linked Chain of Arising due to Conditions simultaneously sees the Dharma.

This Twelve-Linked Chain can be found in the twelve pictures that lie on the rim of the Wheel of Life.

It describes how all things come to be conditioned by the past. How those karma-producing activities seed or ‘perfume’ consciousness as it arises now. It also describes how our actions of body, speech and conceptual thinking lay down the seeds of future becoming. Readers are referred to other sources for an in-depth analysis of this complex teaching.

What we can say is that the Twelve-Linked chain spans the three time periods of past, present and future.

When meditation practice is well established then the student will be directed to see how elements of past actions create and influence our current experience. If we think of how our habits and expectations are created in exactly this manner and then how these two things go to create our experience (in particular how we interpret this experience), which in turn reinforces those habits and expectations for the future, we can see just how important this teaching is for extinguishing delusion and establishing truth.

This realisation forms the third body or Bliss Body:

Sambhogakaya – The Body of Illumination

Closely allied with the above teaching is the Yogacara teaching of The Three Natures or three ways of seeing the world:

Seeing into the true nature of things as they really are. This is akin to realising Buddha-nature.

Seeing the inter-dependence of all things: Nothing stands alone or independently, there is no-I anywhere.

Seeing via ‘my’ conceptions: This is the most deluded form of seeing and is totally ‘I’ based.

A Crooked Heart Misses the Target

The Blindness of the Calculating Self

The Round Table of King Arthur

From Familiars to Zombies:

The Horror of Bodily Invasion in Folklore and Films

William Blake and the Mind-made Worlds of Mahayana Buddhism

Epiphany: The Cult of the 3 Magi

A Plague on Both Your Houses

The Water of Life

As Above, So Below

The Power of Non-Intentional Spiritual Relations 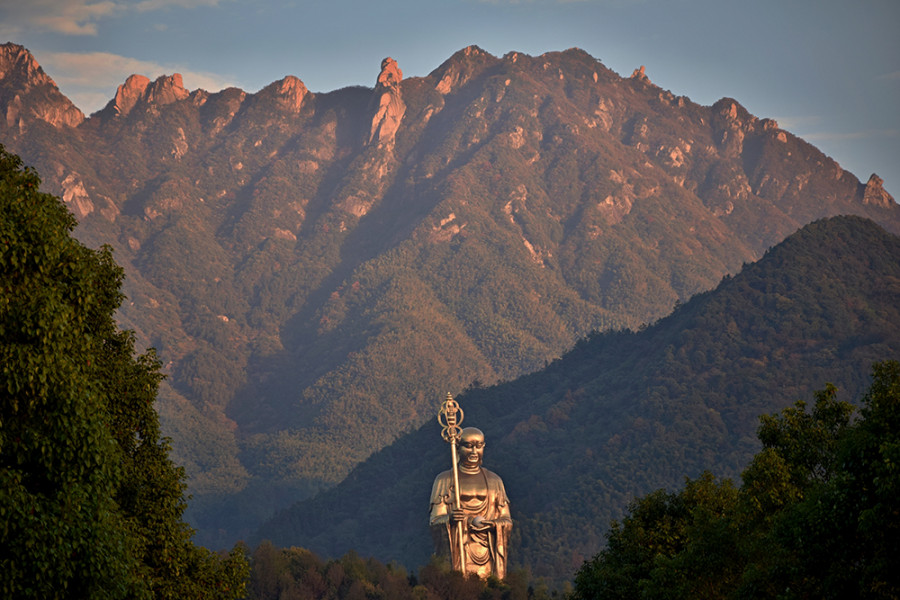 In this episode, the Buddha explains how Bodhisattvas can live fully in the worlds of suffering and death, without suffering themselves.