Although the God's have managed to capture Monkey, he has become so strong the Gods have no way of actually getting rid of him. With no one else left to turn to, the western Buddha is called.

Monkey was taken to the place of execution.

The heavenly officers tied him to a pillar and attacked him with axes, swords and spears but all to no avail.  They couldn’t even wound him. The thunder spirits threw thunder bolts at him but they merely bounced off his body. Nothing seemed to have any effect. In despair the Jade Emperor turned to Lao Tsu and asked him what could be done.

The Taoist sage raised an eyebrow, stroked his beard and sighed:

“We should not be surprised really. He has eaten the heavenly peaches, drunk heavenly wine and eaten several bowls of my elixir of immortality. I think I will have to place him in my crucible and apply alchemical fire. It will soon reduce him to ashes.”

And so, the heavenly soldiers brought Monkey to Lao Tsu’s Tushita Palace and the Great Sage Equal of Heaven was placed in the crucible. Now this crucible had eight compartments, each one corresponding to one of the eight trigrams of the I Ching. Monkey managed to squeeze himself into the trigram ruled by the element wind.  Now, wind puts out fire but it also produces a lot of smoke and this made Monkey’s eyes red and sore. After 49 days, the crucible was opened and red-eyed monkey leapt out in full fury, his iron cudgel at the ready.

Monkey went on a total rampage around heaven striking out left and right, above and below, regardless of who or what was in front of him.

The Jade Emperor heard the commotion and this time he sent a messenger to the Western Paradise to ask the Buddha if he could come and help.

The Buddha left his bodhisattvas in deep meditation and arrived at the Jade Palace where a distraught Emperor explained the trouble he was having with this unruly simian.

The Buddha hurried to the place where the enraged monkey was fighting the heavenly hosts. He instructed them to lay down their arms and return to their barracks.

Monkey roared at the Buddha “What thick head dares to stop me in the midst of battle?”

The Buddha called Monkey over to him and replied “I am the Buddha of the Western Paradise. Tell me, Monkey,  how did you get your illumination?”

Monkey told him his story and finished by saying how badly he had been treated by the Jade Emperor and that now he would settle for nothing less than the throne of Heaven itself. It was time for the Emperor to go!

The Buddha laughed and told Monkey that in his present form, being only half human, this would not be possible, but Monkey refused to take no for an answer. He was absolutely determined to be the next Heavenly Emperor.

So, the Buddha asked Monkey what magic powers qualified him to sit on the throne.

Monkey replied that he had mastered the seventy two transformations and with his cloud trapeze  could travel in any direction as far as he wished.

The Buddha looked at Monkey sceptically and challenged him to a wager. If Monkey could jump out of the Buddha’s right hand, he would take the Jade Emperor with him into the Western Paradise and Monkey could have the throne. However, if Monkey failed, he would have to return to earth and do full penance for all his crimes.

Monkey laughed and thought “This Buddha is a fool.” He agreed to the wager.

And so, Monkey stepped into Buddha’s right hand. From there he leaped onto his cloud trapeze and swung high into the sky and far, far away. When he landed at the very end of the universe, he could see the five pillars that supported the sky. Monkey grinned and thought to himself “Now that throne is mine, but I had better leave some evidence here in case that sneaky Buddha tries to trick me!”

Monkey magically produced a brush loaded with ink and on one of the pillars wrote “Great Sage Equal of Heaven reached this far.” After this he urinated at the foot of the pillar, climbed onto his cloud trapeze and swung all the way back to the Buddha’s hand.

“Well?” said Monkey. “I have done as you asked. Now give me that throne.”

“But Monkey,” said Buddha. “You didn't manage to leave my hand at all.” Monkey opened his mouth to violently disagree but Buddha pointed behind him and told him to look.

When Monkey turned round, he saw his own writing on the Buddha’s middle finger:

From the Buddha’s palm came the smell of monkey’s urine.

Monkey was so astonished he could hardly believe his eyes, but he had to submit to the penance that the Buddha prepared for him.  He proceeded to push Monkey out of the Western Gate of Heaven. His five fingers transformed themselves into the five elements: Metal, Wood, Water, Fire and Earth. They became the great Five-Peaked Mountain named “Wutai Shan” where Monkey was thereafter encased.

Monkey immediately stuck his head out from under the mountain.  He started to complain, wanting to know how long this would go on for, so the Buddha wrote the words of the great mantra on the top of the mountain:

OM MANI PADME HUM - Hail to the Jewel in the Lotus!

The mantra sealed the mountain tight, trapping Monkey underneath, and this time allowing only enough space for air to pass through.

The Buddha appointed a guardian to watch over Monkey and provide him with food and drink. He spoke to Monkey before he left to say that when the days of his penance were complete there would be one who would come to rescue him.

And if you want to know for how long Monkey remained trapped under that mountain you will have to listen to the next chapter. 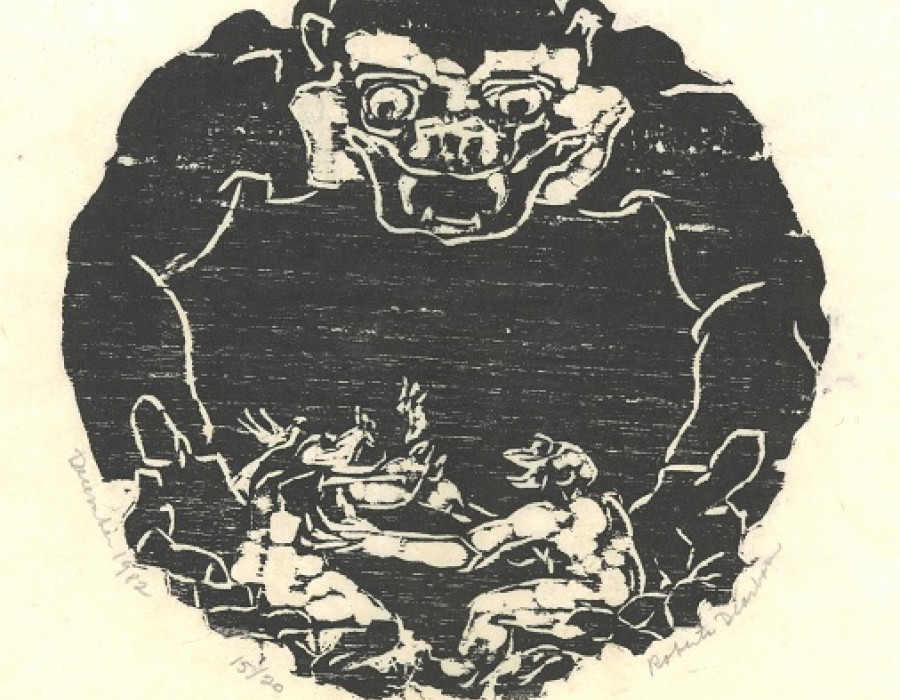 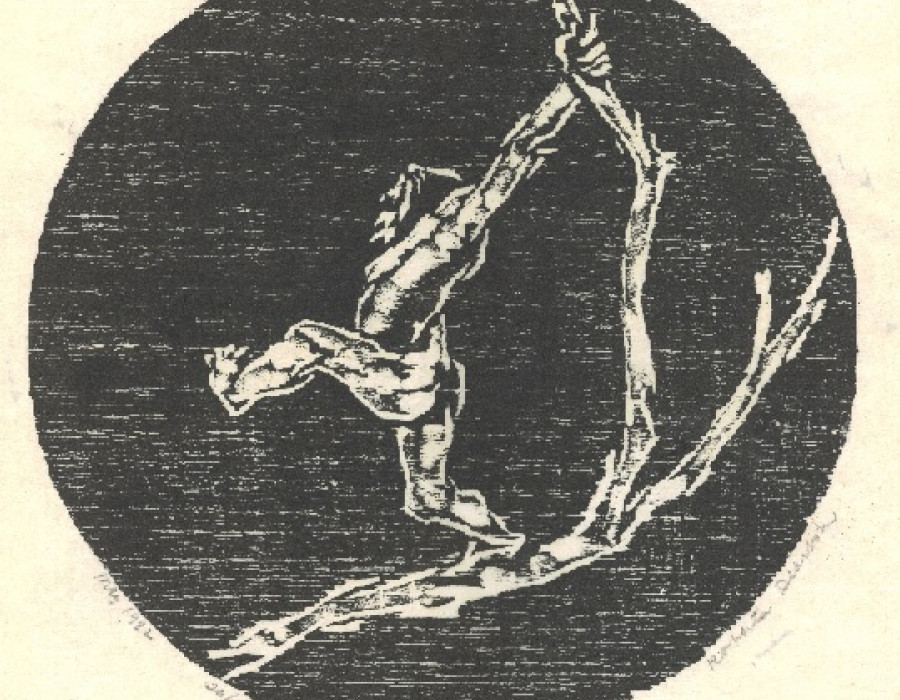 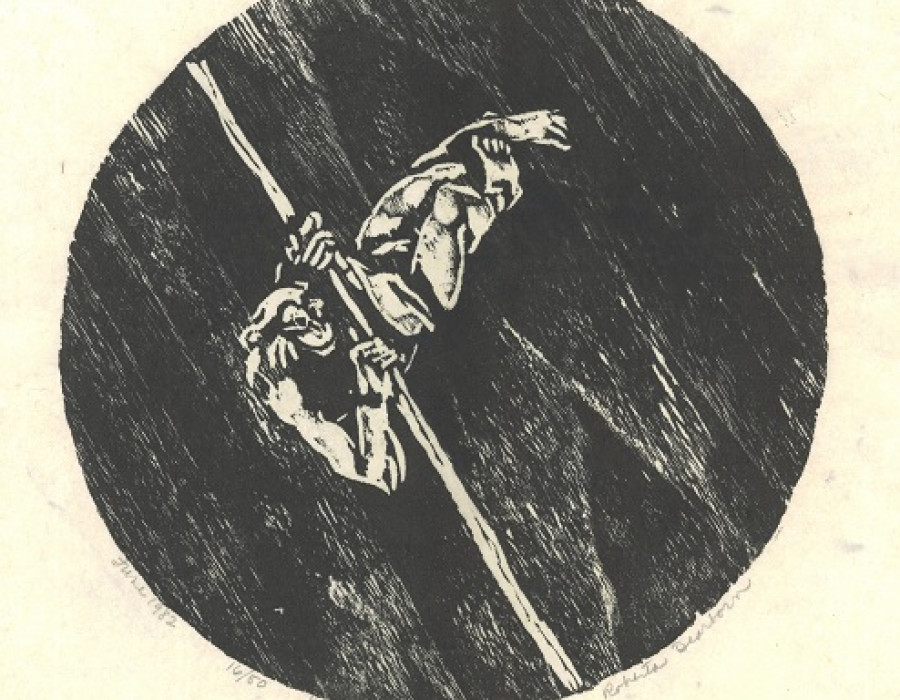 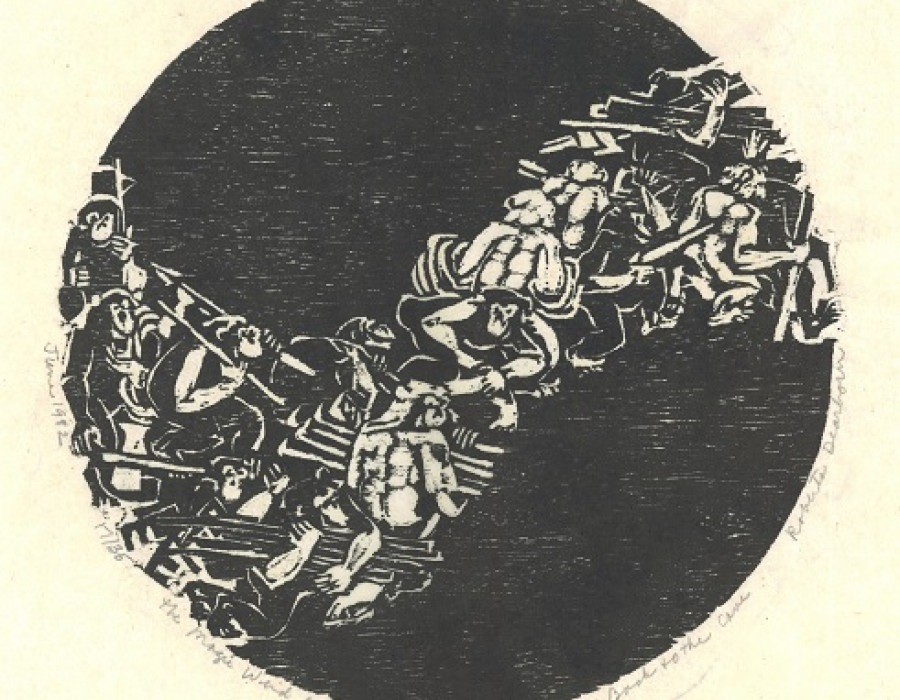 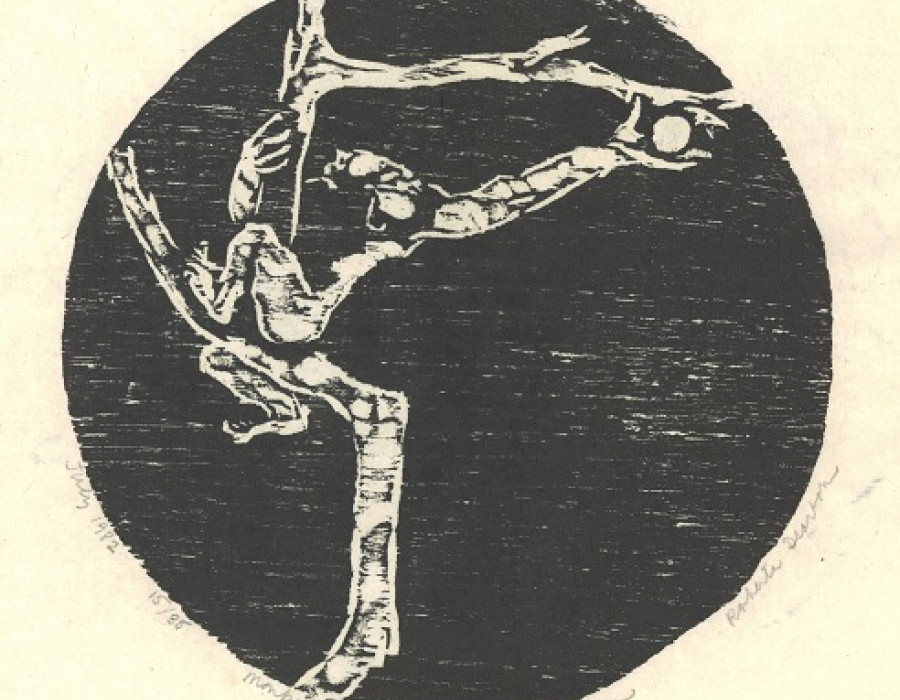 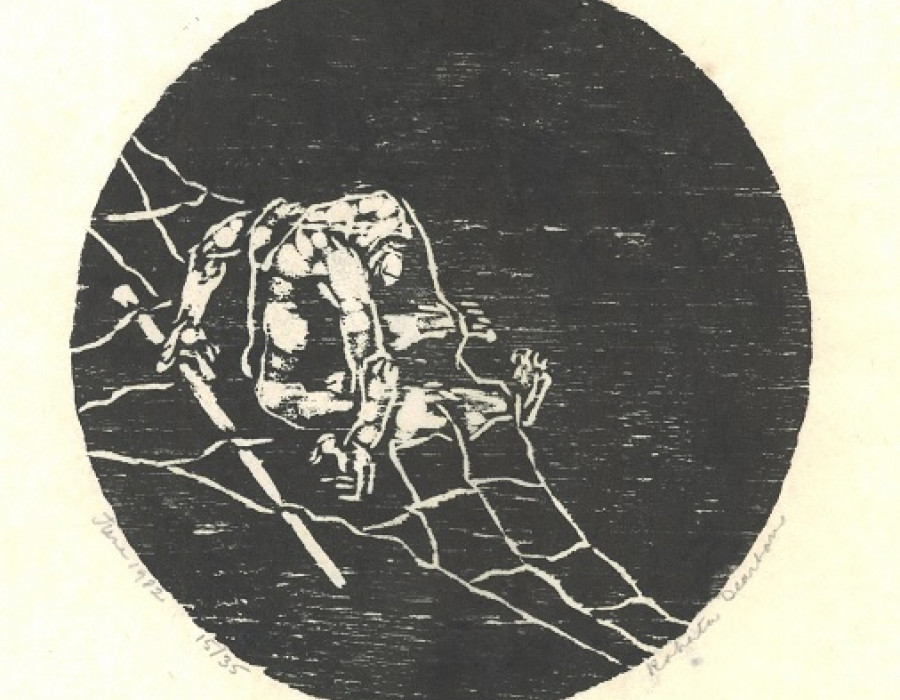 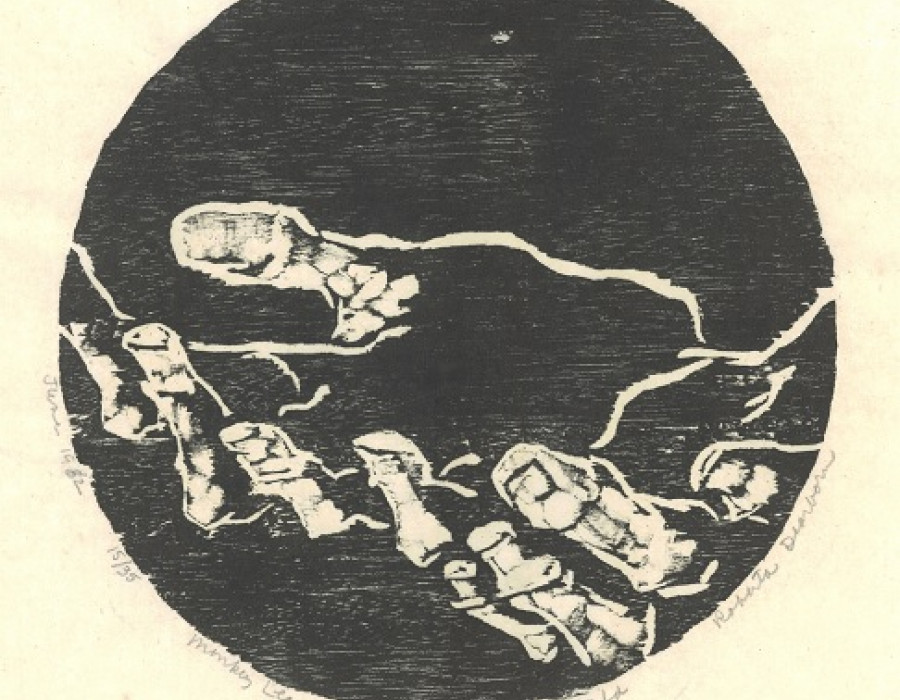 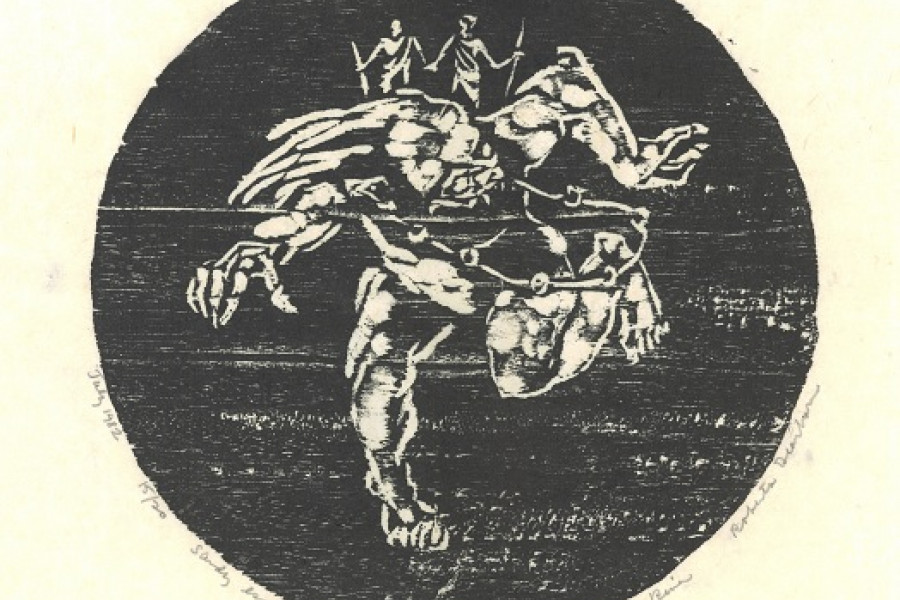 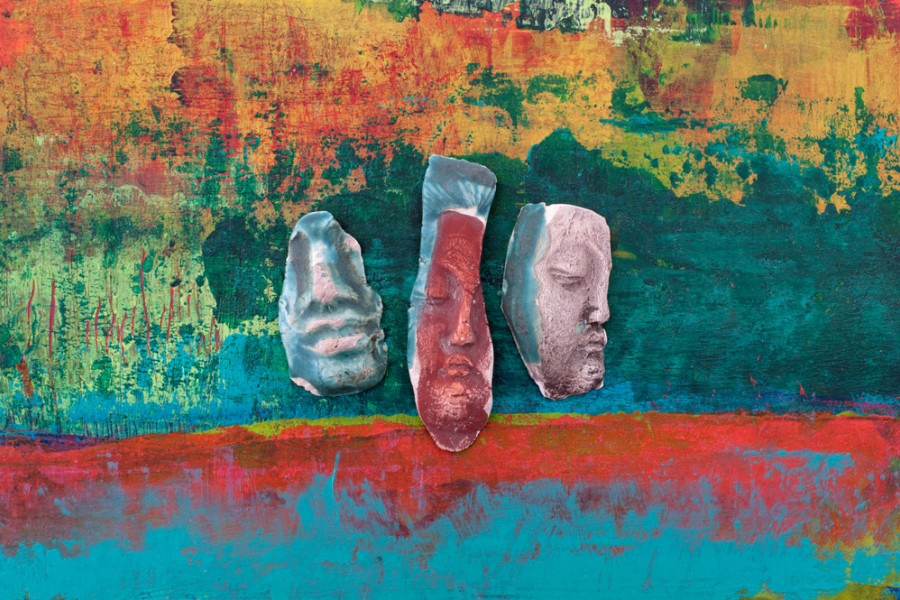 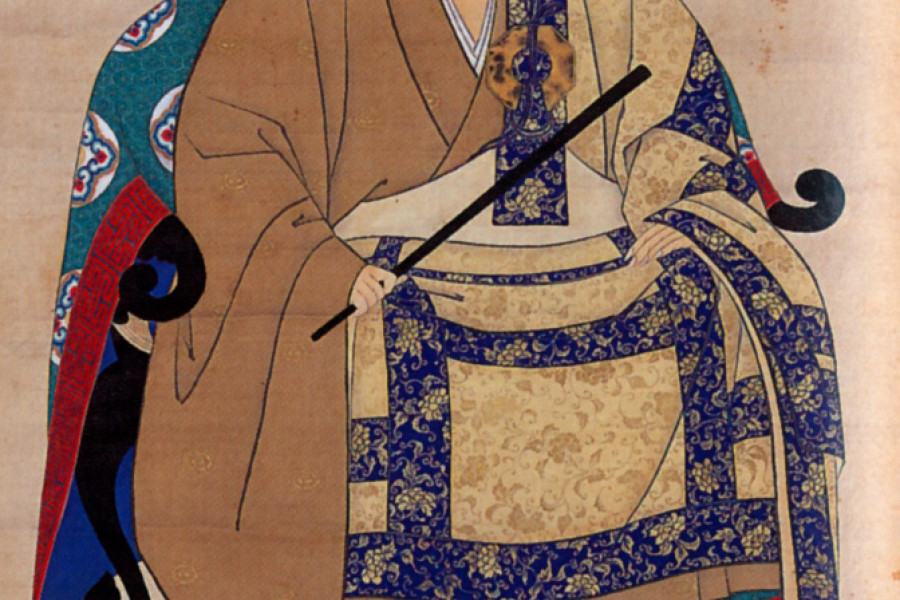 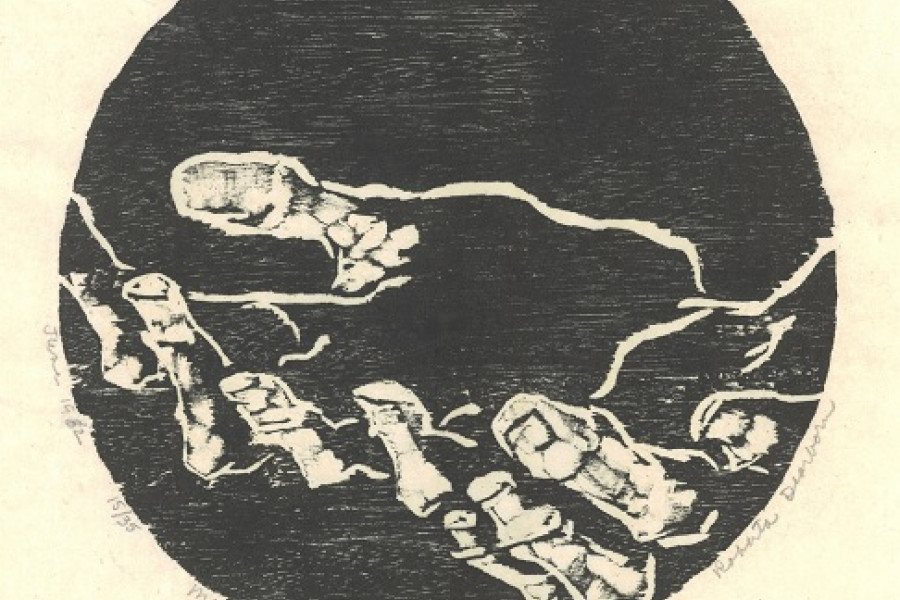