The samādhi of running

Zen Practitioner Paul Baswick talks to The Zen Gateway about incorporating running into Buddhist practice as he prepares for a charity marathon.

My introduction to Buddhist practice came as the result of a marathon that went wrong. About 18 miles into the 26.2-mile race, my legs cramped up and my energy levels crashed. I trudged on, feeling like my shoes were five sizes too small and wishing I was doing anything but running.

The physical pain didn’t bother me much, but the mental anguish during those last eight miles was intolerable and something I wasn’t willing to experience again. I was ready to quit running for good if I couldn’t find a way to boost my mental stamina.

I didn’t really know anything about meditation, but it sounded vaguely like something that might keep my brain from overheating on long runs. So I stopped at a book store and grabbed a random title on meditation – How to Meditate: A Practical Guide by Kathleen McDonald (Ven. Sangye Khadro).

I began meditating regularly, but also grew curious about other aspects of Buddhism mentioned in the book. So began a process of learning about the Dharma. In time, I began to search out a community of practice. In 2015 I took the Three Refuges and Five Precepts from Ven. Thich Nữ Tịnh Quang, a bhikkhunī of the Vietnamese Zen Tradition. I continue to practice with her and my Dharma brothers and sisters at the Little Heron Zen Hermitage in Hamilton, Ontario, although our sittings, like much else in life these days, have shifted to Zoom.

I’ve spent most of my working life in journalism. I currently work as a copy editor for a national newspaper chain. I’ve been paving the way for my practice to play a more prominent role in my professional life, however. Two years ago, at age 45, I returned to school and this past spring earned my B.A. from McMaster University’s Society, Culture and Religion program. In September I began a two-year Master of Pastoral Studies program at Emmanuel College of Victoria University in the University of Toronto, which prepares students for careers in spiritual care, such as chaplaincy at hospitals and prisons.

Will you tell us a little bit about why you are doing this run of 108 miles?

One of my big projects this semester is to come up with a plan for engaging with Buddhist texts in a creative way. I can’t compose worth beans so a rock opera based on the Pāli Canon was out. But I can at least run, and Buddhism and distance running have long been linked in my mind. What sometimes pops into my head on those training runs when I’m really starting to struggle is the popular narrative of Siddhartha Gautama’s confrontation with Māra, the personification of unskillful states of mind, at the foot of the Bodhi tree. Māra uses temptation, fear and doubt in his bid to thwart the Buddha-to-be’s attainment of full liberation. On challenging long runs, those are the emotions that can come to the fore. There’s the temptation to slow my pace or give up for comfort’s sake. There’s the fear of sustained physical discomfort for miles to come. And the struggle gives rise to doubts about my ability and whether I should be out running at all. This is usually a sign that my mind isn’t settled on where I am and what I’m doing, but is instead focused on the fantasy of being at home with my feet up, or imagining myself struggling even more three miles down the road. The only way to silence my own personal Māra at times like these is to be fully present for what is happening – on my breath, on the rhythm of my feet. This is why I consider distance running an important part of my practice – it’s a visceral lesson in the suffering that can arise from failing to be awake to the present.

My pitch to my professor, then, was to plan a solo run that I could conceivably finish, but which would be so challenging that my own Māra wouldn’t be able to resist tagging along. I’d then submit my reflections on the run in a sort of travelogue/running journal, but one that focused more on the inner experience of this run and how that might connect to some of the Buddhist texts we’re exploring this term. I was excited, and a little surprised, by my professor’s enthusiastic response. I mean, I came up with the idea, and even I wasn’t convinced it wasn’t half-baked. But the 108-mile Māra-thon has been given the green light.

I also see this run as a chance to make connections apart from those to the Buddhist texts. All of my courses have moved online this term because of the pandemic, so as a way to make a symbolic connection to the Emmanuel College community, I’ve decided to run to school. I plan on covering the 108-mile distance from my home in Port Colborne, Ontario, to Toronto over two days, starting Oct. 26 [2020]; conveniently, there’s a hotel along the route right at the 50-mile mark.

I was also hoping to make some sort of connection to the broader Toronto community. Were it not for the pandemic, I’d be living in the city three days a week. To feel a bit closer to the city at a time when so many in it are struggling, I’ve set up this run as a fundraiser for the Toronto-based Daily Bread Food Bank, one of the largest food banks in Canada.

I’m very grateful to all those who so enthusiastically made their own connections through their generous donations to the food bank through this fundraiser. They surpassed the fundraising goal in less than two days. Now that the target is met, Facebook is suggesting I raise the goal, but I don’t think it would be fair to increase it without adding more miles to my run, and that’s not happening. That said, anyone able and inclined to make a donation can still do so until Oct. 28.

This is a charity run for a foodbank. Have you raised money for them before or worked for them?

This is the first fundraiser I’ve set up in support of the Daily Bread Food Bank, and I haven’t had any kind of association with them in the past, as I don’t live very close to Toronto and have been more involved with agencies closer to home. But I didn’t want to wait until in-person classes resume (hopefully in 2021) before making some sort of connection to Toronto. The important work the food bank does is something I think anyone can get behind, no matter where they live.  I was on the fence about making this a fundraiser at all, as everybody has struggled during the pandemic to some degree, so I felt a bit funny about putting a call out for donations. But I’ve been blown away by the response.

Tell us about the 'Mara' pun!

I’m a longtime fan of a British running podcast called Marathon Talk. On one of the episodes, co-host Tom Williams mentioned running a “Mara” over the weekend. I still don’t know if that word was his own invention, or an abbreviation – like “chocs” for “chocolates” and “soz” for “sorry” – that isn’t used in Canada but common in Britain. Either way, it was his saying that that triggered the connection between Māra and the unskillful states of mind that running a marathon has a knack for teasing out. When it came time to name a run oriented around Buddhism, “Māra-thon” was the natural choice.

I'm guessing that the '108' is deliberate, maybe you could explain why?

I wish I were clever enough to intentionally set 108 miles as the distance, as it’s a number so associated with Buddhism (108 beads in a mala, performing 108 prostrations). But it honestly just happens to be the distance from my house to the school along the Māra-thon route (which follows the Great Lakes Waterfront Trail). At first, I was hoping the route would be an even 100 miles, but as I plotted the course by hand, I saw that it would run a little longer. Then, when I was mapping the route’s homestretch through downtown Toronto and saw that I was at the 105-mile mark, it started to look like there was a chance the route would end at 108. I think I may have cheered a little when I made that last click on the college with my mapping software and a green flag with “108” popped up. It was like seeing a golfer sink a putt 108 feet from the pin.

What is the course you are running?

The course for the 108-mile Māra-thon starts near the Lake Erie shoreline and proceeds north to the Lake Ontario shoreline along the Welland Canal, and then hugs the western edge of Lake Erie to Toronto.

We thank Paul for this thoughts and offer him our good wishes for this Mara-thon of 108 miles.

A collection of written and audio interviews with people of interest for those walking the Buddha's Way. 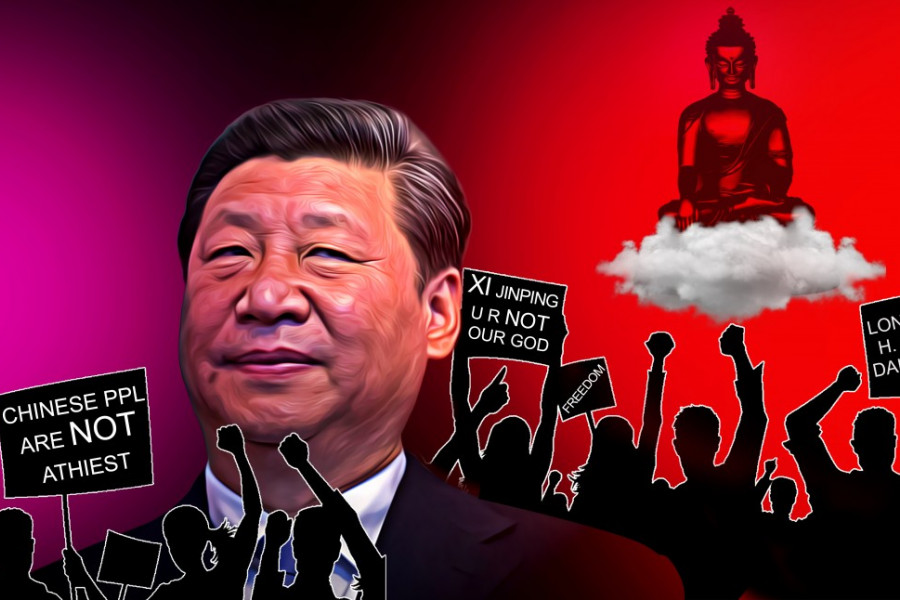 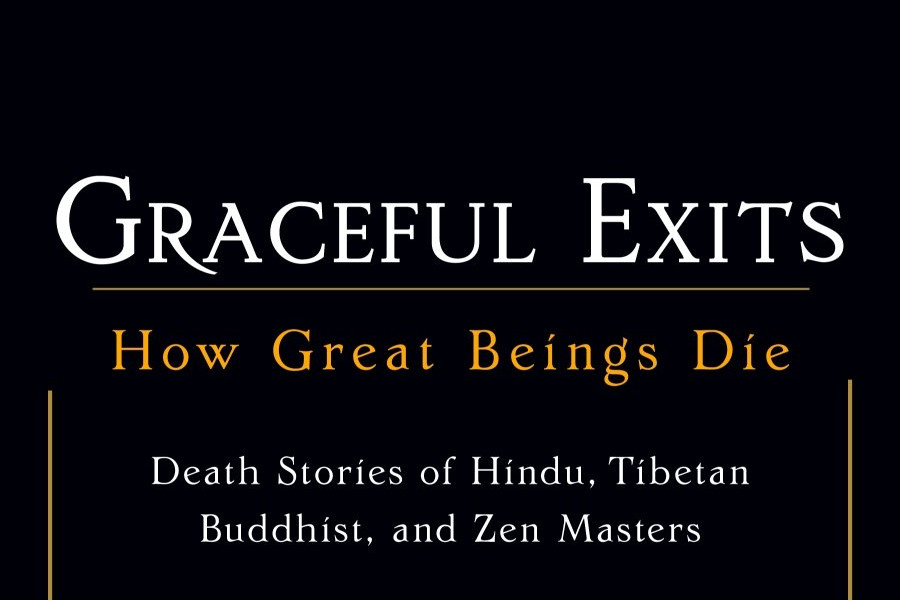